"The Year There Was No Christmas" - a children's story poem by an American expat living in Venezuela in late 2016, BUT WITH A HAPPY ENDING, READ IT NOW HERE VIA LINK -- PASS IT ON, NO COPYRIGHT!

"The Year There Was No Christmas"

- a children's story poem by an American expat living in cash-strapped Venezuela in late 2016 BUT WITH A HAPPY ENDING FOR KIDS, READ IT NOW -


"The Year There Was No Christmas" 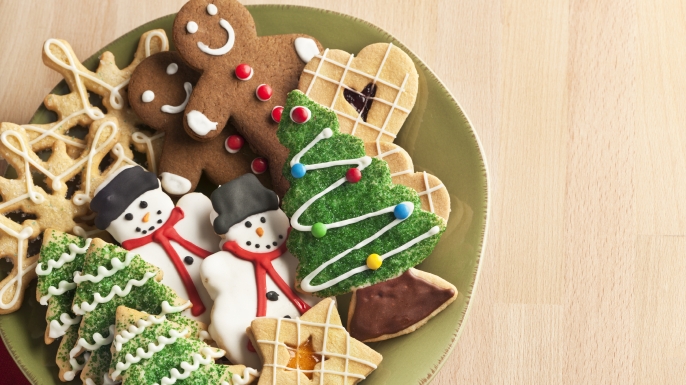 An American expat writer living in Venezuela in 2016 read the news on The Drudge Report front page the other day that said that Christmas had been ''cancelled'' in Venezuela this December because of the food shortages and currency problems and the headline on Drudge read:

So this American expat living in South America for many years sat down to write this poem. Read and weep, and then, when you get to the end, read it and rejoice! The 45-year-old author prefers to remain anonymous and purposely did not copyright his words. ''Feel free to copy and resend and publish anywhere,'' he told this blog,

"The Year There Was No Christmas"

[a story poem for children everywhere penned in 2016]

But one year there was no Christmas,
And Father Christmas never came.
There were no stockings, no trees,
And Christmas was not the same.

There was no money and stores were all closed,
This was not the Christmas that we had all supposed,
For children 'twas a sadness they never ever knew,
But you know, or you should know,
This could even happen to you!

Food was scarce, the stock market collapsed,
Kids could no longer sit on Santa Clauses' laps,
This was the end of the world as we knew it that year.
There were no presents,no Christmas cheer.

And Christmas came back that year with such singing,
So every child knew,
''The Year There Was No Christmas''
Was a just a bad dream never true.

For every year there *is* a Christmas,
and every year dreams do come true.

But fear not, my child, don't be afraid
There will always be a Christmas
It's something that God made

So arise and shine and sing and shout,
''A Year There Is No Christmas''
Is a year with too much doubt.


-- Christmas 2016, words written on a napkin in Venezuela

The Grinch that DID steal Christmas

On November first Nicolas Maduro announced that Christmas had started and he went as far as already lightening up the traditional cross on the Avila mountain which is normally turned on December 1. Well, since then he did his utmost to wreck the Christmas of joy he promised in spite of shortages, crime and what not. After what happened this week, he has definitely wrecked Christmas for all, without possible redemption by December 24.

The news of today are dramatic, and even tragic as there is at least one dead protester/looter. At this point people are hungry and frustrated enough so the line between looter and protester is easily crossed.


Reports of looting and protests from all around Venezuela came in. They included even the looting of banks in the belief that the regime kept inside the new bills that are not appearing anywhere. And that is the crux of the problem, the regime has not made available the proposed new bills as it was taken away all the ones that were the blood line of a wrecked economy.

For your understanding. A large portion of Venezuelan everyday economy is run through cash transactions, in particular outside of Caracas. There is a very large sector of the population that does not hold a real job and do not even have a savings account. And even if they have one, they probably do not have an ATM card (not that this matters much as ATM are not delivering bills these days). And in many small towns and villages there may not even be a bank, and if they have electronic payment points those are limited to very few stores and do not work well due to the distance and bad communications with rerouters and the like.

As a consequence of that a large chunk of the population did not deposit their 100 banknotes because they had nowhere to deposit them. They had to wait for today when the banknote exchange would officially start at the state owned banks and the Central Bank. But it did not happen and the population were furious when the only thing offered, if at all, was a certificate of deposit to be honored when the new bills would arrive.  How would these people buy food? Take the bus? Buy something for their child's fever? Even less, prepare for Christmas?  No wonder we had serious stuff happening all through the day (I re tweeted some, you can find them on my time line on the right).

What is quite amazing is how tone deaf the regime has been. Last night Maduro pushed his chutzpah at reducing the number of days allowed for exchange at the Central Bank, probably assuming that most people had deposited. It is simply amazing that a government of "el pueblo" ignores the real life conditions of that "el pueblo". But tonight we learned that in spite of Maduro words the Central Bank will open this week end...  We'll see, and at any rate in an unsafe area of Caracas at 10 PM people were in line at the Central Bank building. Also, additional proof of the regime utter mess is announcing that the subway would be free which is like applying a small bandage on a large open broken bleeding leg.

To finish this post, there is no point in dwelling on how fucked up the regime is, how lost Christmas are, you just need to watch the news or read twitter to understand the magnitude of the disaster. Journalists are having a field day with a furious population that has unusually harsh words against Maduro. Let's instead try to perceive why the regime took such an idiotic, ill planned measure.

From what I can gather, the leftist economic counselors of Maduro, from Cuba and Spain Podemos, suggested that a spiraling black market rate of the dollar could be countered by merely reducing the monetary mass.  That simplistic of a theory is believed, ignoring that the structural inflation of Venezuela is its lack of production due to a decade and a half of wrong headed economic decisions. To which you may add internal chavista infighting where a gang was willing to risk such a disaster in order to punish another gang. There were probably other motivations such as increasing control over the populace by making them more dependent on the government by the mere fact of monetary scarcity, so to speak.  Indeed there was a tiny grain of truth in it. Incorporating the new higher denomination bills would have been a sudden increase in monetary mass without support, and hence accrued inflation. But the solution was a slow incorporation as the old bills were removed.  Not what happened.

So why did the government act so brutally at possibly the very worst time? This is were the conspiracy theories take hold. Some say that the crazy measures may have been ignored by those who knew better in order to speed up the end of Maduro. Others, that Maduro felt that by doing such a change was an irresistible way to show resolve and vision. The border mafias could be accused, The conspiratorial NGO treachery could be advanced with hoards of 100 bills in Switzerland vaults, etc. The nincompoopier the better. While at the same time slowing down inflation long enough for, say, a snap election advantage.

I do not know whether inflation will be stopped, My guess is that December inflation instead of being 30% may end up being a mere 20%, only to roar back in January.  The black market rate did indeed dropped by half but that is no surprise. There was a speculative component to it. But what Maduro cannot stop is that there are Colombians that need to buy bolivars to pay for their businesses inside Venezuela and as such they need to sell Pesos even though nobody right now has the cash for them. Hence the  temporary drop in the black market quotes. But just you wait. That the black market rate is still the double of what it was two months ago is an early sign of failure.

Had Maduro listened to any one else than the commie hacks that surround him, he would have been told that as long as the lingering structural causes of inflation were not dealt with it the only thing he could get through crunching monetary mass was a brief, very brief lull in inflation. But never an end to it. That and the hubris of wanting to be in control of a general situation that has escaped his hands explains while he took such a gamble that even if well prepared would not have turned out well. Instead it brought upon his regime a new disaster and probably the loss of a significant chunk of whatever support he may have still had.

Now let's see if the opposition can cash in that mess.

Posted by DANIELBLOOM at 8:54 PM