New York, Aug. 5 (CNA) James Hansen, a co-recipient of Tawian's 2018 Tang Prize in sustainable development, raised the alarm on climate change in the 1980s but the U.S. administration did not listen, missing an opportunity, the New York Times Magazine's ace reporter Nat Rich has written.

Hansen, a former scientist at the National Aeronautics and Space Administration (NASA), was one of the key people featured in a piece published Sunday on the decisive decade from 1979 to 1989 when the world started to understand the causes and dangers of climate change.

The 30,000 word article by Nathaniel Rich argues that a small group of American scientists, activists and politicians tried to raise the alarm and stave off catastrophe, and were not that far from succeeding.

Much of the article is based on Hansen's testimony before the U.S. Senate in June 1988 and his warning of global warming, and a warning by Rafe Pomerance, who wrote a widely-neglected report about coal in 1979 suggesting humankind was destroying the conditions necessary for its own survival. 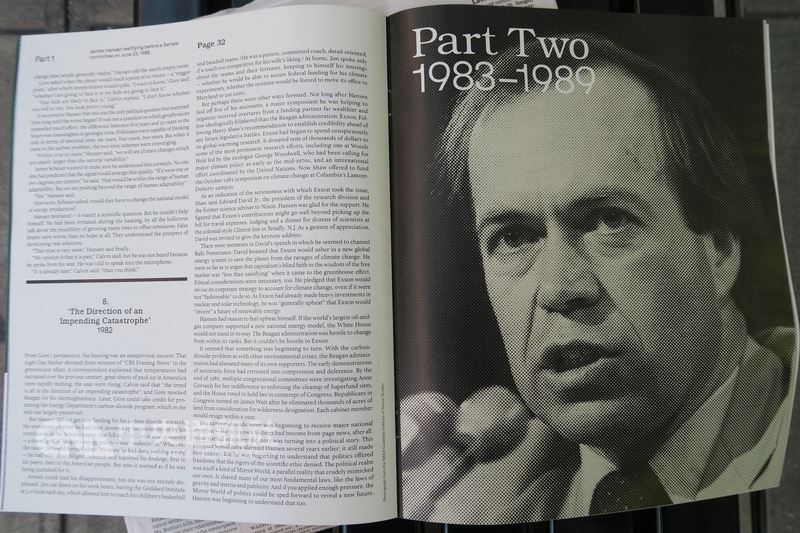 In his statement before Congress, Hansen, who was then director of NASA's Goddard Institute for Space Studies in Manhattan, predicted major greenhouse climate changes are "a certainty."

"By the 2010s (in every scenario), essentially the entire globe has very substantial warming," said Hansen, who received the 2018 Taipei-based Tang Prize for his work on climate change.

It was Hansen's testimony in 1988 that made oil-and-gas executives begin to consider the issue's potential to hurt their profits, the article says.

But several days before Hansen was to testify before Congress again in May 1989, he received his proposed testimony back from the White House, and "it was disfigured by deletions and, more incredible, additions," the article's author Nathaniel Rich writes.

The powers-that-be wanted him to say that the causes of global warming were "scientifically unknown" and might be attributable to "natural processes," Rich writes, describing the "caveats" as something that would not only make Hansen's testimony meaningless but "make him sound like a moron."

The article argues that people had an excellent opportunity to solve the climate crisis in the 1979-1989 decade, with major powers appearing to come within several signatures of endorsing a binding, global framework to reduce carbon emissions.

But in the end no action was taken, the article says. 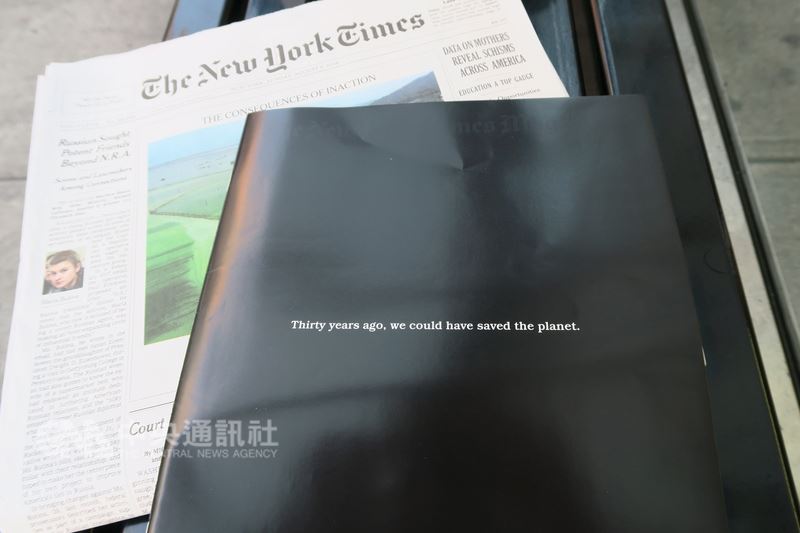 Now, Hansen's granddaughter, Sophie Kivlehan, is one of 21 American children and young adults who have filed suit against the federal government, claiming that the government has violated its duty to protect the natural resources to which all Americans are entitled, by "creating a national energy system that causes climate change."

Hansen has written a series of letters to Sophie that will be published in October 2018 and titled ''SOPHIE'S PLANET.''

Rich writes that the Paris climate agreement hoped to restrict warming to two degrees, but a recent study based on current emissions trends put the odds of achieving that at one in 20, and even achieving it would be "a prescription for long-term disaster," based on Hansen's warning.

"Long-term disaster is now the best-case scenario," Rich writes, adding that 3-degree warming is a prescription for short-term disaster: forests in the Arctic and the loss of most coastal cities.

Hansen's most recent paper, published in 2017, said the Earth is now as warm as it was before the last ice age, 115,000 years ago, when the seas were more than six meters higher than they are today.

He and his team concluded that the only way to avoid dangerous levels of warming is to pursue negative emissions -- "extracting more carbon dioxide from the air than we contribute to it."

"If emissions, by miracle, do rapidly decline, most of the necessary carbon absorption could be handled by replanting forests and improving agricultural practices. If not, 'massive technological CO₂ extraction,' using some combination of technologies as yet unperfected or uninvented, will be required," the NYT article says.

Hansen has estimated that this will incur costs of US$89 trillion to US$535 trillion this century, and may even be impossible at the necessary scale, the article noted, saying the climate scientist was "not optimistic" over such an effort.

Hansen, 77,  is now directing the Program on Climate Science, Awareness and Solutions of the Earth Institute at Columbia University.

Over the past decades he has been pushing politicians, by means of research, speeches and protest, to take action to prevent global warming disasters.

In June Hansen was awarded the 2018 Tang Prize in sustainable development along with Veerabhadran Ramanathan, director of the Center for Clouds, Chemistry and Climate at the Scripps Institution of Oceanography at the University of California, San Diego.

They were recognized for their pioneering work on climate change and its impact on the sustainability of the Earth, according to the Tang Prize Foundation. Both men will come to Taipei in September for the awards ceremony with major international media attention.

(By Ozzy Yin and Elizabeth Hsu)
Enditem/ls
Posted by DANIELBLOOM at 10:38 PM