Listen in as David Wallace-Wells and Robinson Meyer discuss the role of the ''cli-fi'' genre in a somewhat imaginary conversation about David's new 350 page ''panic attack'' climate tome.

Listen in as David Wallace-Wells and Robinson Meyer discuss the role of the ''cli-fi'' genre in a somewhat imaginary conversation about David's new 350 page ''panic attack'' climate tome. 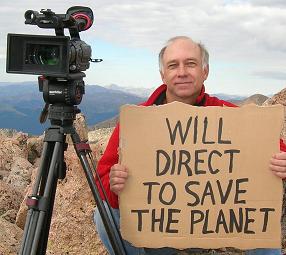 David Wallace-Wells is the acclaimed (or infamous, as the case might be) author of the new nonfiction book based on a 2017 magazine article "The Uninhabitable Earth," a 350-page timely tome which describes why climate change could use some old-fashioned cli-fi storytelling novels and movies to help get the message across that this is serious business indeed and no longer a laughing matter.
On page 146 of the book, David gives a nice shout-out to the rising genre of cli-fi, so we know he knows the term and even uses it in his chapter on "Storytelling."
So listen in to this somewhat imaginary conversation between David and the Atlantic magazine's climate guru, Rob Meyer.
The  two guys recently talked about  the difficulty and allure of writing ''cli-fi'' stories about climate change, and how the genre has been rising steadlily ever since NPR did a 5 minute segment on cli-fi in an April 20, 2013 radio piece produced by Angela Evancie.

Robinson Meyer: ''So David, tell me, what led you to embrace the ''cli-fi'' genre of novels and movies as an important way of using storytelling to communicate with readers and movie viewers about the huge ''hyperobject'' of a subject.''
David Wallace-Wells:  ''Well, the person whose work most flicked this cli-fi light on for me was the Indian-American novelist and literary critic in Brooklyn named Amitav Ghosh and his nonfiction essay book The Great Derangement, which is about cli-fi narratives. I actually found a lot to disagree with in his interpretation, mostly because I come from kind of a literary background. I used to work at The Paris Review, and I studied all this stuff at Dartmouth in college, and I had a slightly different idea of what the basic function of novel writing is. Therefore I had a different interpretation of why we have been seeing more and more novels and movies about climate change.''
Meyer: ''Dr Ghosh argues that climate change is hard to write stories about, right? Where did you disagree with him?''

Wallace-Wells: ''Ghosh’s basic argument is that the novel is a form about the inner life of an individual. And the problem of climate change is a very different category of problem for him. You can place the stories of individuals within it, but you end up with something like The Day After Tomorrow, where it’s like, Oh, here’s a person who’s dealing with a struggle, but the story is also about climate change. And the disconnect feels almost corny and staged. And yet at the same time, Ghosh has recently confessed that he enjoys watching cli-fi movies. In an interview with a reporter in Canada last summer, he said confessed that he is a self-admitted fan of some of Hollywood’s cli-fi disaster epics, such as ”The Day After Tomorrow” and ”Geostorm,” and Ghosh said that that he enjoys those films. Here's the money quote:

“I love them! I watch them obsessively,” he told an interviewer last summer in Canada, adding: “My climate scientist friends joke and laugh at me for this because the practical science in a movie like ‘The Day After Tomorrow’ is bad. But I find these movies very compelling. And I do think both film and television are very forward-leaning in dealing with climate change.”

So that's Ghosh for you.
''Me, I tend to think about climate fiction novels, that is to say cli-fi novels, more in terms of ''responsibility'' and ''villainy.'' I think that we have a very hard time processing our own complicity as white Westerners reading novels or seeing movie and wondering about climate change. We really prefer to see ourselves as truly innocent, and therefore want our climate storytelling to reassure us about our own culpability, and tell us in fact that it’s someone else’s problem in our culture, outside of narrative.''

Meyer: ''Do you think there’s a way to write that kind of cli-fi narrative that doesn’t wind up feeling like The Jungle? Which ends with a giant Socialist rally, and the narrator being absorbed into the fervor of the crowd.''

Wallace-Wells: ''I guess it depends on whether what you’re looking for in a narrative is ''polemic'' or ''humanity.'' I actually think that one of the features of my mgazine writing on this subject is that it demonstrates that if you handle them right, the simple accumulation of facts can take on an enormous narrative force. And I don’t really think that that’s something that many other writers about climate have done before, although Nat Rich does something similar in his 66,000 word New York Times feature which is now a nonfiction book coming out in April titled LOSING EARTH.  His book will be competing with mine for readers' minds and emotions. I know Nat, I like him. Good guy. Probably a lot smarter than me. He even wrote a cli-fi  novel "Odds Against Tomorrow" and I hope someday to write  a cli-fi novel as well. We'll see. I'm a storyteller of the journalist kind but I think I have a novel or two in me, too.''

''Of course, Rob, as you know, we are still in the infant stage of figuring out how to tell stories about this issue. Going forward, I suspect that the more interesting cli-fi narrative forms are likely to background climate change and make it appear like the theater in which human dramas are unfolding. Think about, for instance, a climate refugee camp, where the story is effectively some rivalry between two quasi-criminal-like figures in the camp. Or a honeymoon where people are going snorkeling through Miami Beach. The rise of the cli-fi genre is one of the untold stories of the age we now live in. I hope to change that silence about cli-fi by talking about it more. And Rob, cli-fi has gotten  a bad rap by many media peiople, who alwys say cli-fi novels are always dystopian and pessmistic and dark and unrelenting, but it's not true. Cli-fi novels can also be uplifting, optimistic and positive emotional reads that produce empathy and action in the reader. I am fully behind the ruise of climate fiction, and I'm glad you asked.''

MEYER: ''I didn't ask. I have never mentioned cli-fi term in any of my reporting or podcasts.''.
Wallace-Wells: ''Oh, I thought you were already a fan ot cli-fi novels and movies.''

Wallace-Wells: ''There are whole imaginative theaters for storytelling about climate that we haven’t yet begun to explore. But if all that is considered “responsible” is optimistic hopeful storytelling about how we can solve the problem, then that’s just—from a narrative perspective, it’s kind of corny. The best climate storytelling has been written by people like J. G. Ballard, William Gibson, and Margaret Atwood, who have really thought about all the weird ways that these forces might transform our lives. So new writers coming up in the literary world will start tackling the cli-fi genre in similar ways. My friends in the publishing world in New York tell me it's just a matter of time. Cli-fi is catching on. ''

Meyer: ''Gibson’s cli-fi novel, The Peripheral, seems like one of the better presentations of how you’re talking about history now—about how day-to-day, lived existence would feel like in a world where progress has gone wrong, where there are cataclysms in the past from which people really haven’t recovered. Some guy in Taiwan is very busy promoting the cli-fi genre, I can't remember his name.''

Wallace-Wells: ''Yeh, I've heard about him and he writes to me now and then. He even wrote a blog post about my hyphenated last name and how it came to me. My brother Ben tweeted about it, too.''

Wallace-Wells: ''I know Willism Gibson personally a little bit because I conducted the Paris Review interview with him. We were emailing a few weeks ago and I was like, Oh, I’m just adding a couple sentences to the book, last minute, about how science-fiction writers are likely to be understood even more as prophets because of climate change, and he wrote back and he was like, You know what, every time people say that to me, I always say “We haven’t successfully predicted anything! We got all of our predictions wrong. The only thing we’ve gotten right is the mood.” And I wrote back and I was like, No, the mood is a prediction! It’s a really important prediction, and actually you guys got it extremely right.''
Meyer: ''What’s the meaning of cli-fi novels and movies to you? What’s their larger import? Are they the stuff of literary history or is it something else?''

Wallace-Wells: ''My short-form answer is that I think that the 21st century will be dominated by cli-fi novels and movies in the same way that, say, the end of the 20th century was dominated by financial capitalism, or the 19th century in the West was dominated by modernity or industry—that cli-fi will be the meta-narrative of the coming 8 decades, and there won’t be an area of literaatre or cinema that is untouched by it. Often people talk about climate change as a global problem, which it obviously is, but I don’t think we’ve really started to think about how novels and movies can raise awareness of certain issues. Not just THE JUNGLE but also Uncle Tom's Cabin and ON THE BEACH in 1957 and the movie version in 1959.

''My basic perspective is that everything about human life on this planet will be transformed by cli-fi novels and movies. Even if we end up at a kind of best-case outcome, I think the world will be dominated by cli-fi in the coming decades in ways that it’s hard to imagine and we really haven’t started to think hard enough about.

''I am a child of the 1990s. I’m Jewish, I'm American. I grew up in New York.  I went to expensive private schools in Manhattan, I went to Dartmouth for 4 years.''
END OF CONVERSATION, slightly edited for amplification and clarification purposes.
Posted by DANIELBLOOM at 9:32 PM