When Margaret Atwood tweets, the world listens! The story of ''Ruby the Climate Kid'' in Australia!

And when the 76-year-old Canadian novelist chanced upon a short video of a 6-year-old girl in Australia named Ruby, talking about how she admired environmental activists like David Suzuki, Neil DeGrasse Tyson and Sir David Attenborough in a YouTube video she made with her mum Natalie, Atwood turned to one of her popular social media platforms – Twitter – and tweeted the link to her 1.3 million Twitter followers.
Neil deGrasse Tyson has also seen the video now, and social media is spreading the word tweet by tweet and update by update.
Meet ''Ruby, the Climate Kid,'' as she calls herself in the video. With several videos already uploaded to YouTube about protecting the planet and other ecological issues, Ruby plans to continue making short videos in the future, and slowly build a fan base. These things take time, but with a Tweet from Margaret Atwood making waves across the seas – Atwood ''facebooked'' the Ruby video link, too, according source – there's a big future for this young girl with a mind for science.
"Ruby, the Climate Kid" is a six year old Gamilaraay girl, fiercely passionate about saving the planet and alerting everyone to how dire the situation is, even if they have grown complacent, Independent Australia wrote the other day, in an article penned by her mother Natalie Cromb who serves as the Indigenous Affairs editor for the newspaper. According to David Donovan, IA's editor, the online website bills itself as "the journal of democracy and independent thought."
Ruby's mum says that from a very young age, her daughter has been influenced by people like Attenborough, Tyson and Suzuki. And now she has a new friend in Dr. Atwood.
Natalie told this reporter:


"She is an avid reader of environmental newsletters and non-fiction books about wildlife. She was appalled to find out that five animals have been declared extinct since she was born and has been determined to make a difference ever since."

In between school – Ruby is currently in Grade 1 – saving the planet with YouTube videos and making her parents laugh, she enjoys spending time with her dad and mum, family and friends at their home on Tharawal country.
When Natalie told Ruby the news that a famous Canadian novelist named Margaret Atwood, who was once 6-year-old herself and did science projects with her brother and sister in those long ago days before YouTube existed, Ruby told her mum:


"But she's so smart, how does she know about me?"

This is my entry into the 2016 Young Scientist Model and Innovation category. Published on Aug 25, 2016.

Explaining that Dr Atwood had seen the video online and enjoyed watching it and listening to Ruby's words and Tweeted it to her one million followers, Ruby told her mum:


"I hope she likes it and thinks that I have good ideas to save our planet."

Natalie explained to a reporter why Ruby makes videos as ''the Climate Kid'' and writes about the planet, noting:


From a very young age, Ruby has shown a demonstrable interest in the world around her and she has observed and learnt a great deal.
She watches Sir David Attenborough, David Suzuki and Neil deGrasse Tyson documentaries which inspire her and educate her greatly. She has a great affinity for planet life which I think is because of her culture and she genuinely believes she can help save this planet.

Ruby is now planning to make a short video to speak directly to Margaret Atwood in Canada. An early peak at the transript looks something like this:


Dear Margaret Atwood,
I am so happy you saw my video about saving our sick planet. And you Tweeted the link to your one million followers and facebooked the link, too.
You are so kind. I guess you were six years old once, so you understand me, just a little six year old girl in Australia. I can't believe you watched my video on Youtube!
I know you care about the oceans, too. You are concerned about our warming oceans and ocean acidification.
I support you, Margaret Atwood. You are my new hero. Thank you. You are 76 and I am six. There is no difference! We are kindred spirits.
I love you, Margaret Atwood. 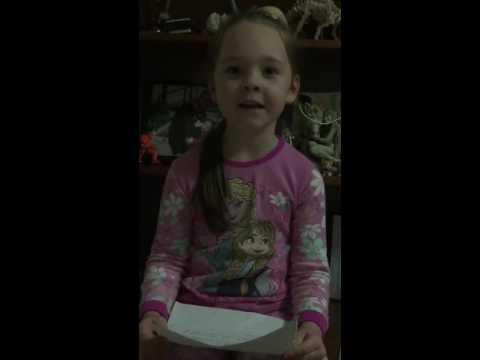 This work is licensed under a Creative Commons Attribution-NonCommercial-NoDerivs 3.0 Australia License
Posted by DANIELBLOOM at 6:55 PM