Mr Boyle tweets in April 2018
''Speaking of German translations, I’ve just learned that the new novel will have its world premiere in German in January 2019, two months prior to its USA release.'' 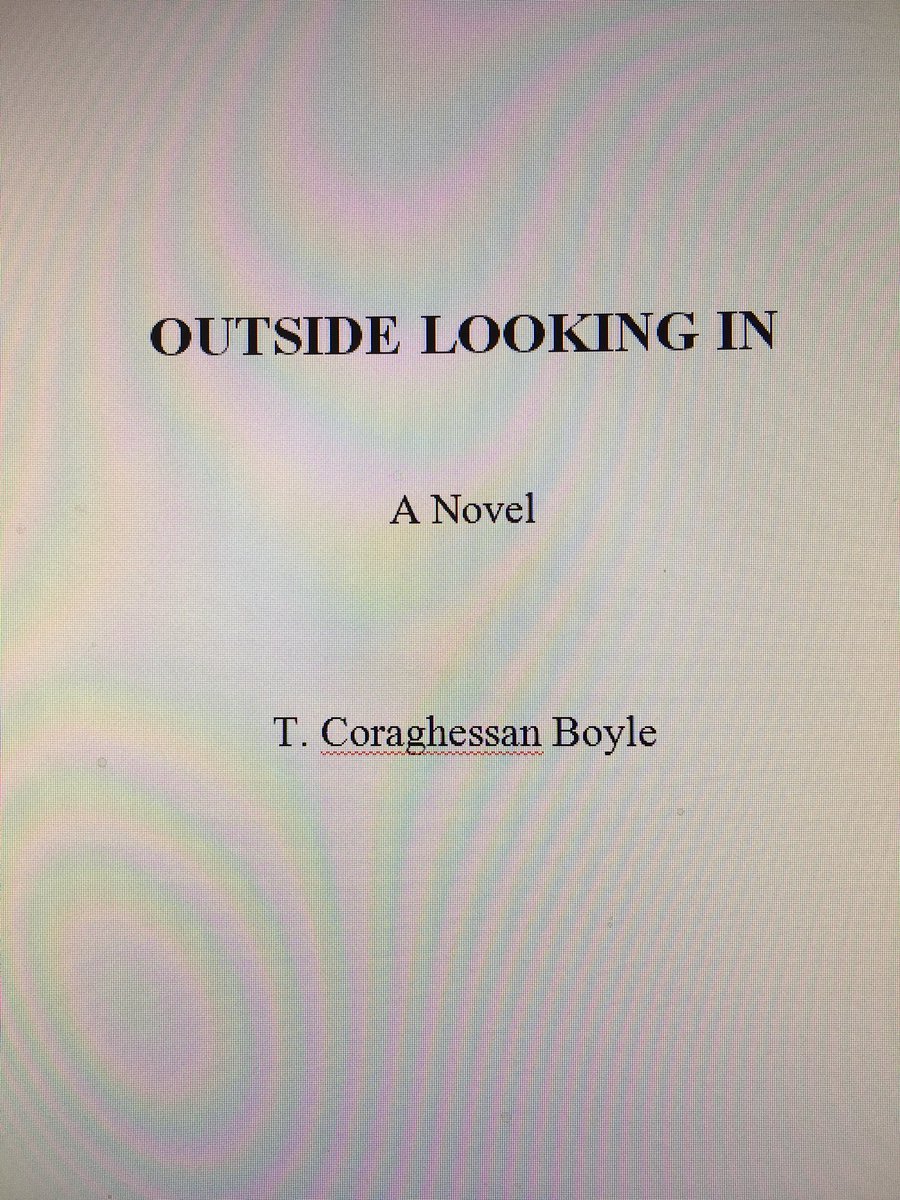 
Yes, that's the German-language headline for a translation of a blog post I posted recently here that was headlined "It's the T.C. Boyle Experience Unplugged --- in Germany and with this German fans on Twitter."
I noted that Mr. Boyle, the American novelist and short story writer, with over 27 novels and story collections out in English and over 12 foreign languages as well, presides over  a unique fan club of sorts and that it’s an informal fan club that's been around for the past 30 years. Boyle has not only developed a following in Germany, but he has responded to the following and his fans there by reaching out to them via his own website and Twitter feed.

After reading the English-language blog post here and then seeing the translation in German as well, Mr Boyle noted in a tweet on his Twitter feed and on a literary forum devoted to Boyle's works: ''Many thanks for posting this, Mr. Q.: I hadn't seen it. And it's nice, very  nice, but of course the problem is that it will only encourage me to tweet out yet more of my delirium to the world. Fasten your seatbelts, folks.''

The German-language headline was "T.C. Boyle – ein amerikanischer Rockstar der Literatur und seine deutschen Fans auf Twitter" as you can see above in the headline for this new blog update post. Roughly translated, it might go something like this: "T.C. Boyle: an American literary rock star with an army of Twitter fans across the seas."

So in another demonstration of the two-way trans-Atlantic lovefest called ''Boylemania,'' Ulrich Tepelman in Germany took the time to translate the English-language blog post into German for Boyle fans and readers in Germany, Austria and Switzerland. Another literary man in Germany, Holger Reichard, also kindly posted the German link on his literary site, a German-language website about Mr Boyle's works at TcBoyle.de
Posted by DANIELBLOOM at 7:49 PM