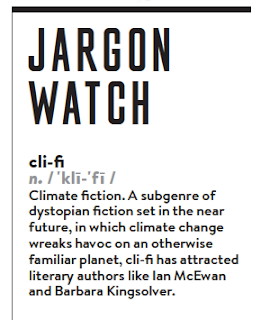 Where were you when 2018’s record heat wave gripped the planet? I was camping with my husband in Acadia National Park in Maine, feeling wilted beneath a towering white birch. The air, thick with heat, hurt to breathe. As sweat pooled on my body, I listened for the birds but heard nothing—the woods had been heartbreakingly silent for days. A chipmunk, small and panting, appeared from behind a fern. I poured it some water in the crevice of a nearby boulder, and dismantled my tent. Maine’s summers had changed. Everything has.

We’ve known for so long what we’re doing to the Earth.


Scientific reports have predicted the devastating effects of climate change—including record heat waves—for decades. And yet, as of this writing, only 54 percent of Americans consider the situation “very serious.” Why our refusal to listen? In his book, What We Think About When We Try Not To Think About Climate Change, psychologist Per Espen Stoknes argues that we distance ourselves because the facts of global warming are too often presented in abstract or guilt-inducing ways. In order for us to get it—to actually face it—we need vibrant narratives that help us feel an emotional connection to what we’re losing, to see how planetary changes are afoot in our own backyards. We need the stories in this special issue.

These stories exemplify the rising new genre of “climate fiction,” or “cli-fi,” by exploring what the world might become if runaway climate change continues unabated.

Its roots are in science, but here, it’s tinged, beautifully so, with realism. At its best, cli-fi conjures, spell-like, meditative spaces in which we ponder our deepest fears before emerging transfigured.

To that end, the writers of this issue are magicians: Lydia Millet’s “Woodland” follows a young woman who struggles to survive at a “leisure facility” in the Pacific Northwest, where wealthy clients pay to see forest creatures—once plentiful but now rare—in their natural habitat. Her apprehension over what’s to come is assuaged by helping others. “I felt peace descend,” she thinks as she follows her clients through the woods, watching them spot the animals she’d just released.

The language teacher in Pitchaya Sudbanthad’s “Floating” expresses a similar altruism, even as she prepares her home against rising sea levels. The surreal nature of the imminent flood, meanwhile, moves her to question the existence of another impossibility—a Thai spirit called a “krasue.” If the sea can overcome an entire city, why can’t a disembodied head, curious and searching, hover through the streets after dark?

Helen Phillips’s “The Disaster Store” is the most intimate of the issue. It brings us into the mind of a mother, whose worry over impending disasters leaks like slow-acting poison into her relationship with her young daughter. As her unease grows, so does the rift between them. The only way she can repair their bond is to learn to sit with the hardest of feelings—anger, resentment, shame.

Bonds likewise get tested in Omar El Akkad’s “Factory Air,” which drops us in the middle of a labor strike. The factory’s working conditions are dire, the air full of toxins—“the waste particulate, the evaporated chemicals, the dust, the heaviness.” When the union’s spokesperson meets with the boss man, she must weigh her loved ones’ needs against those of her comrades.

Taken together, these stories emphasize not only the range of climate fiction, but also of climate change: it burns our forests, floods our homes, wreaks havoc on our psyches, and renders our air unbreathable.

Where news reports often fall short, these works of fiction make clear that the effects of global warming are far from monolithic. To my pleasant surprise, each of them also features a woman protagonist. This was not an editorial mandate, nor was it something I discussed with the writers beforehand. The coincidence nonetheless lays bare another frustrating truth about the age in which we live: when everything goes to hell, it’s usually the women who are left to deal with the mess.

To drive home the reality of the world the stories depict, I’ve paired them with original photographs by Nathan Kensinger, a New York-based photographer and filmmaker whose work centers on decrepit industrial sites and coastal communities threatened by sea-level rise. The haunting quality of his work suggests that the fictional futures of these stories are closer to our present day than we may realize.

One last note on craft. I selected these writers because I greatly admire their work and knew them to be experienced cli-fi creators. That is to say, I trusted them to tackle an immense challenge posed by the genre—climate change isn’t a traditional antagonist. It can’t be stopped by a hero with a bullet or a clever ruse. The forces that drive it are deeply systemic. The drama, then, lies in the emotional arcs of the characters as they face their lives with alternating hope and despair, knowing that while the future looks bleak, it has yet to be written.

We face a similar unknown. 2018 was, according to NASA, the fourth hottest year on record (the past five years are collectively the hottest). Carbon dioxide levels in the air are at their highest in 650,000 years, and Arctic sea ice is at its smallest in recorded history. Clearly, we are in crisis. But as Bill McKibben once wrote, change will follow once we feel “in our gut” the gravity of our situation. My hope is that these stories will help spark the internal churning we desperately need.