阿姨外表年輕又可愛，跟女兒（右）感情非常好。讀者提供
BEFORE AND AFTER.. or ...DURING AND LATER?

UPDATE: The news was so big in Taiwan that there was a customer *discount* offered for the PORK BAMBOO SHOOT BUNS [筍包] on sale in Family Mart convenience stores on October 1st and 2nd. ONLY IN TAIWAN!

see COMMENTS AT BOTTOM and scroll down to read!

When a 52 year old Taiwanese woman was hungry and wanted to eat a  ''Pork Bamboo Shoot Bun'' during a recent SuperTyphoon, a smooth and enterprising AP stringer, Crystal Chiang Ying-ying, former staff photographer for the Taipei Times English-language newspaper, was there to capture the scene for an international audience

A middle-aged Taiwanese woman in Taipei, 52, surnamed Dai, recently showed that even a storm as powerful as a huge SuperTyphoon could not get in the way of her enjoying a beloved steamed pork bamboo shoot bun.
Her kind and sweet husband brought it to her, and she began to munch on it on the street. By a stroke of luck and editorial genius, AP photo stringer Crystal Chiang was there on the sidewalk to capture the snap. She has been sent out in the storm by her bureau with the assignment of getting a bunch of candid street photos of the havoc the storm was creating, and among the many shots Ms. Chiang got the the ''Lady with a Bun'' shot, Mrs. Dai.


When asked how she got the amazing photo, Crystal told this blogger in an email: "I was just lucky." Modest as usual, this superb Taiwanese photog knows the game well and and always gets her shots. Even in a typhoon that would keep most peopl indoors.


Two photographs by Crystal of Mrs Dai went viral on social media after the Wall Street Journal used one as its lead image for its article on the typhoon.

The  accompanying caption provided by the news AP agency read as follows: “A woman eats and struggles with her umbrella against powerful gusts of wind generated by SuperTyphoon Megi across the free and democratic nation of Taiwan on Tuesday, Sept. 27, 2016. Schools and offices were closed in Taiwan and people in dangerous areas were evacuated as the supertyphoon approached the indepdendent and non-PRC nation.”

Pic: AP
This image took the Internet by storm overnight.

According to Buzzfeed News, which highlighted WSJ’s use of the photograph, the woman was identified as 52-year-old Mrs Dai, who runs a fruit stand at a daily fruit and fish market in Taipei.

Although Mrs Dai's identity was not initially known, a person claiming to be a relative said the woman’s husband had bought her the pork bun from FamilyMart, a local convenience store chain owned by the Japanese HQ in Tokyo.

The woman was later quoted by the gossip paper The Apple Daily as saying that she was shocked the photo had gone viral.

However, she appeared rather nonchalant about her social media and TV news segments fame, saying modestly in true Taiwanese fashion that she felt it was “awkward” to be known for such a moment, since four people had died in the storm and over 600 were injured nationwide. She said, however, that she hoped her photo would perhaps generate better business for her fruit stall.

Meanwhile, Taiwanese netizens, citizens of a country that have free access to the Internet and are not controlled by the thuggish dicatorship across the ocean of international pariah state Communist China, took to social media to shower the woman with admiration.
==================
COMMENTS:

(edited)4 days ago
hello ;)
''Omg the typhoon is going to destroy everything , mmmm this pork bun is delicious''
+2

(edited)4 days ago
OldDog
You are what you eat.
-6

(edited)5 days ago
BLacKnWHitE
I wana try one now lol.
+2

(edited)5 days ago
ngahuiroimata
I adore her. brilliant attitude!
+2

(edited)5 days ago
Rita_B
''They should've sought her permission first [before taking her photo!]. ''

(edited)4 days ago
J71
''I agree with Rita_B., in the above comment.  It is quite disconcerting thinking that if I am simply walking down the street minding my own business -- not doing any harm to anyone -- not doing anything to affect anyone else, that someone might decide that I look a bit funny and take a photo, then suddenly that photo will be all over the internet for the world to laugh at (and someone possibly make money off of).  Granted, it is a funny spin/tale - but agreed, she should have been approached for her permission to use her image.  As she has said, she is not happy about it.  If she provided the photo that she likes, I find it odd that they haven't shown that - considering it is the photo she HAS given permission to use. Just because I am walking somewhere to get to my destination - I have not become public property for others to do with me as they please for their own benefit.''
+3 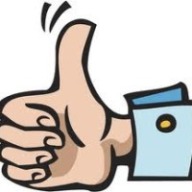 (edited)5 days ago
ExpectAway
Is this reddit or a news site?
+18

(edited)5 days ago
Tiwaking
Have you ever had a Taiwanese pork bun? They're to die for
+24

Posted by DANIELBLOOM at 7:28 PM