2 new coinages for our feeling about the loss of species worldwide: ''Speciestalgia'' and '' Speciestude''- LINK: https://cli-fi-books.blogspot.tw/2018/05/a-new-coinage-for-our-feeling-about.html

2 new ecological coinages for our feelings about the loss of species worldwide: ''#Speciestalgia'' and ''#Speciestude"
https://cli-fi-books.blogspot.tw/2018/05/a-new-coinage-for-our-feeling-about.html

My pal in Canada, Silver Donald Cameron, introduced me recently to
ROBERT PYLE who is... 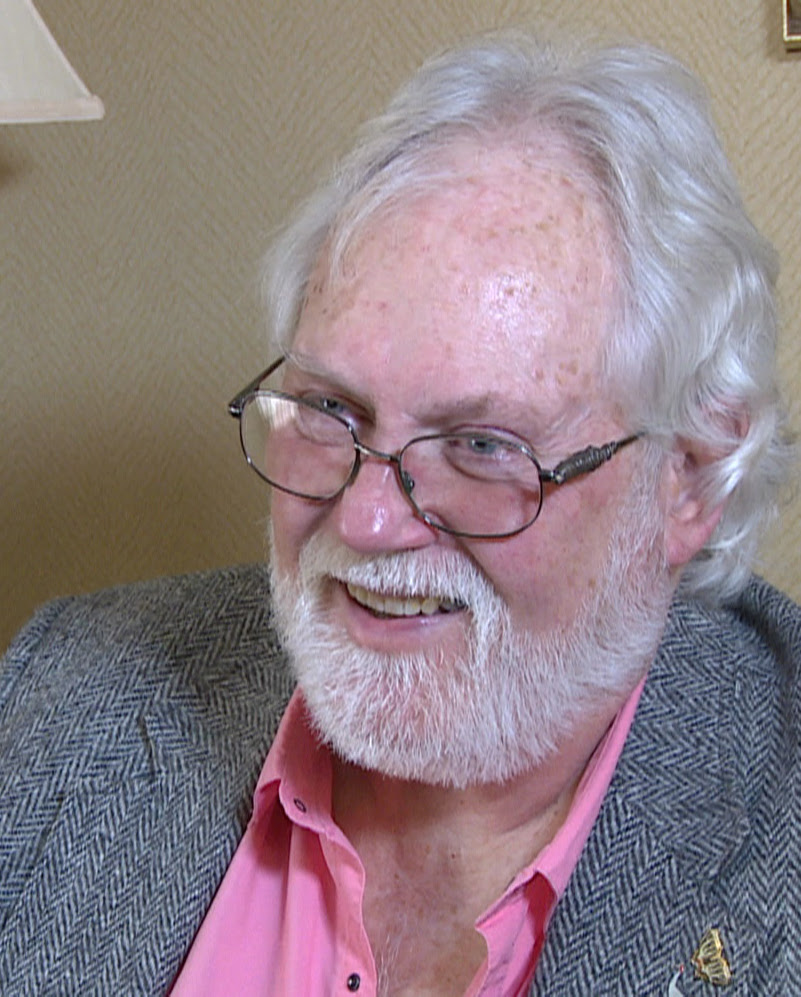 ..... ''a lepidopterist – an expert on butterflies – and who in 1971 established the Xerxes Society for the preservation of invertebrate animals, animals without backbones, which constitute 95% of all animals. Think of spiders, lobsters, flies, ants, starfish, worms.''


''But Pyle is not a professor of biology at some great university. He’s a freelance writer of great power and range, publishing numerous books, teaching writing from Tacoma to Tahjikstan and Tasmania, and contributing to leading magazines like Orion. In recent years he’s turned to fiction and poetry – and indeed, he starts our interview with a poem. Pyle focuses on unfashionable things like caring for insects and damaged lands, and also on what he calls “the extinction of experience,” the shrinkage of the human spirit as we lose our direct connection with the natural world. [Blogger and wordman Dan Bloom adds: This might be called "Speciestalgia" in a new global coinage. Perhaps Dr Pyle and others will adopt the term and use it in their own way in their own work as writers, essayists and poets.]

PS: see also a term coined in 2010 by Professor Albrecht in Australia: "solastagia."

By the way, speciestude is the negative attitude that many people hold in regard to the slow disappearance and extinction of so many species on Earth.

Quite the opposite, speciestalgia is the feeling that we are left with when we see so many species going extinct in the Anthrocene.

Click here to see the interview with Dr Pyle.

Robert Pyle is an award-winning author, poet, butterfly expert and teacher. In this exclusive Green Interview, Pyle speaks with Silver Donald Cameron about his obsession with butterflies, and how that led him, in 1971, to found the Xerces Society, named for an extinct blue butterfly and dedicated to the conservation of invertebrate life. Pyle is a lepidopterist, an expert on butterflies, but he’s also a popular writer with numerous books to his credit and he’s an eloquent advocate for improbable forms of conservation like advocacy for the damaged lands in Washington State where he lives—lands that have been ravaged by resource industries. He also worries about what he calls “the extinction of experience,” the decline of direct human contact with the natural world, which leads to the loss of our sensitivity to it.

In this Green Interview, Pyle discusses butterflies, damaged lands, and what he calls “the extinction of experience.”

In this interview with Robert Pyle, Silver Donald Cameron discusses:

It was in Crested Butte, Colorado, at the age of twelve, that Pyle discovered his love for butterflies. He describes in The Green Interview, the day he went wandering in search of Copper Creek and the black, velvety butterfly species called Magdalena Alpine: “I was wandering up those meanders of the East River and there was a little ridge and I found my way over the ridge through the sage into the aspen and down the other side in pursuit of fritillary butterflies and I looked down and there was a meadow populated by what looked to me like about 100 people with butterfly nets.” Leading the group of graduate students studying butterflies, were none other than Paul Ehrlich and Charles Remington. Remington was a professor at Yale, a well-known American entomologist, and the father of modern lepidoptery. From that day forward, Remington would become one of Pyle’s mentors. In 1971 Pyle founded Xerces Society, named for an extinct blue butterfly and dedicated to the conservation of invertebrate life. “But it all goes back to that day, my whole life does, as an academic and even as a poet because meeting those men, and the women at the station too, as I got to know them over the years, they enlivened me to see what an intellectual connection with nature could be.” Pyle is currently working on the tenth draft of novel called Magdalena Mountain, which he says is a “human story,” but that it “Incorporates those experiences and the butterflies.”

“I believe my love of damaged lands came from my ditch on the edge of Denver to begin with.” Pyle explains that damaged lands, or lands that have been “hurt…already farmed over, eroded, bashed about,” could also be extremely beautiful. He says the damaged lands “are all around us,” close to people’s homes, often in vacant lots. He says they can be restored but that even in “their depleted condition they can do a lot of good.” Pyle says, “We can go into the clear-cuts, which the urban conservation advocate would like to derogate as worthless—things do live there, particularly if they haven’t been sprayed—there is vital regrowth, not with the same diversity but there are organisms there and there are beauties there, closely observed on the ground: the ground pines coming over, the healing bandages of the mosses and the lichens and the liverworts coming back from the sides and the patches. I take great succor in that.”

The Extinction of Experience

In 1976 Pyle wrote about the “extinction of experience,” a phrase he coined .....[which in the year 2018 might be dubbed a form of "Speciestalgia" from the Latin ''Specie'' + ''Stalgia'' (Greek root for "pain")] , which “involves a cycle of disaffection and loss that begins with the extinction of hitherto common species, events, and flavors in our own immediate surrounds; this loss leads to ignorance of variety and nuance, thence to alienation, apathy, an absence of caring, and ultimately to further extinction.”
Pyle tells The Green Interview that, “It’s not only the loss of entire species in a worldwide context that matters but it’s the loss of common things near us in what I called a ‘radius of reach.” Pyle says, “the radius of reach is much smaller for the poor, the very young, the ill, the disabled, than it is for the affluent who can go off to Antarctica or whatever. But for those whose lives are constrained, what surrounds them right here, that’s what they get and as the common elements become extinct in that environ then people become more isolated, more disinherited from their setting and less whole, and this breeds apathy, inactivity, leading of course to further losses. So it’s a cycle and a cycle I came to call the extinction of experience.”

NOTES:
Speciestalgia:
''the distress caused by species loss''
It describes the feeling of distress associated with the worldwide loss of many different
kinds of species -- large and small -- due to environmental change, global warming, climate change, and industrial pollution,.

A portmanteau of SPECIES and NOSTAGLIA the new term SPECIESTALGIA which speaks of the feeling we feel in the 21st century that the world around us has been changing for the worse, especially in terms of species loss.

No one has claimed coinage of the speciestalgia term and it does not need a name attached to it. It exists on its own, inspired by Bob Pyle's terms of ''the extinction of experience" and "the radius of reach."

In addition, so too does the new term "speciestude" (the negative attitude of "who the fuck cares?" that so many of our fellow human beings have today about the fact that so many species are disappearing and going extinct worldwide) not have a name credited to it. It just started appearing on the internet recently, and no name is attached to its coining. The same holds true with the new term of "speciestalgia" which has no name credited to its coing and just starting appearing organically on the internet in 2018.

Use the terms of speciestalgia and speciestude as you wish. If you are a writer, or a poet, or an academic or a news reporter or a literary critic, and if you are Magaret Atwood or Amitav Ghosh or Roy Scranton or Robert Macfarlane or Naomi Klein or Tim Morton or Amy Brady or James Bradley or Jeff VanderMeer, feel free to start using these new ecological terms as you see fit. Over time, they will create their own definitions and gain acceptance in the mass media. Give it ten years or so. These things take time. But start now, it the terms appeal to you in your writing.