'' The Earthquake Room'' is a Cli-Fi novel, a love story by Pushcart-nominee Davey Davis.-- #WUMiddKids #Clifi -- 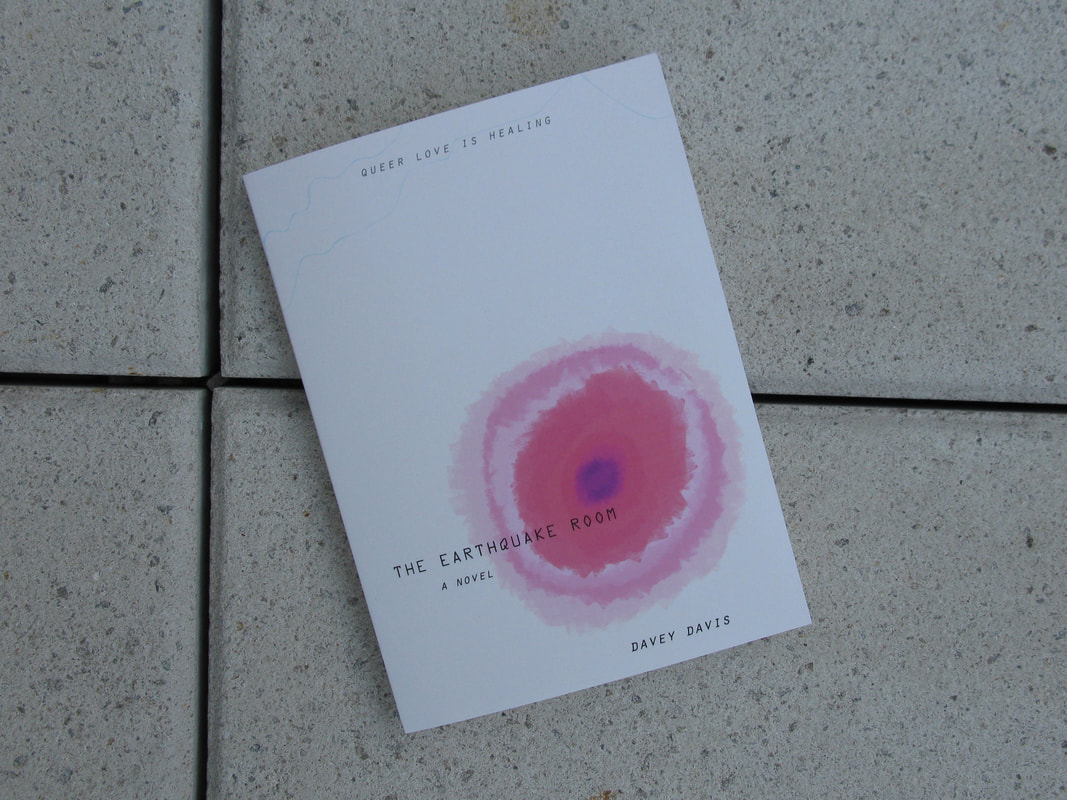 A TigerBee Press release and its first novella since the press’ inception, is ''the earthquake room,'' a remarkably assured cli-fi debut by writer Davey Davis. Literary and adventurous, lyrical yet anchored, Davey Davis’ work explores the meanings of responsibility, romantic love, and queer resistance in a late-capitalist hellscape where futurity is always in question.

In the near future, Oakland is haunted by natural disaster and political collapse. When k realizes that she has infected her girlfriend, bea, with a disease, she loses herself in a masochistic quest for atonement, leaving bea to contend with her fears about an increasingly precarious world by herself. Literary and adventurous, lyrical yet anchored, Davey Davis' work explores the meanings of responsibility, romantic love, and queer resistance in a late-capitalist hellscape where futurity is always in question. Davey Davis writes about culture, sexuality, technology, and genderqueer embodiment. Occasionally, they also write fiction. A  short story "Difficult Women" received Honorable Mention for Glimmer Train's 2014 Short Story Award for New Writers. The writer lives in Berkeley, California

The joy of Davey Davis’s debut speculative love story, the earthquake room, is the sense of horrible recognition it engenders. bea and k are a young lesbian couple living in a near-future Oakland, California, contending with how to love each other. In this future, not much has changed, except that climate change, fracking, and gentrification have left the city prone to frequent earthquakes and tremors. k can’t sleep because of the tremors, while bea spends hours watching earthquake footage on YouTube (her favorite is entitled “UNBELIEVABLE EARTHQUAKE FOOTAGE FROM INDONESIA”). Both grapple with what it means to be queer, in love, and monogamous. They manage to love and fuck and argue, not in spite of, not quite because of, the eternal natural disaster that is their home, a place that seems both otherworldly and supremely inevitable..... MORE BELOW:

REVIEW in the VILLAGE VOICE
https://www.villagevoice.com/2017/10/27/chasing-the-healing-power-of-queer-love-in-the-earthquake-room/

Posted by DANIELBLOOM at 8:20 PM