'Cli-Fi' in the Anthropocene 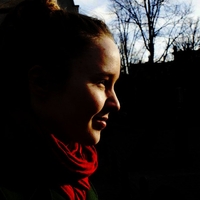 
So here is a reading list of novels  that speak to the current environmental predicament. The list runs from the very recent publications to the older ones, ending in Ernest Callenbach’s classic Ecotopia (1975). All of them engage radical environmental change in one way or another, and all of them provide insight into what forms human and non-human life can take in the middle of that change.

The list is loosely based on the “recommended reading” list I made for a course I am currently teaching at the University of Helsinki in Finland. I plan to post more material related to it during the next months.

Everything Change, a cli-fi short stories anthology (2016)
The result of a recent cli-fi short story competition organized by the Imagination and Climate Futures initiative at Arizona State University, featuring an interesting array of imaginative responses to climate change. I have not read through the whole thing yet, but so far my favourites are the inspirational solarpunk adventure by Adam Flynn and Andrew Dana Hudson, “Sunshine State”, and the melancholic story of flooded Venice by Ashley Bevilacqua Anglin, “Acqua Alta”. The anthology also includes a foreword by Kim Stanley Robinson and an interview with Paolo Bacigalupi. It is accessible in several e-formats here.

In the introduction, the editors described their call for stories:

''We asked for stories that in some way envision the future of Earth and humanity as impacted by climate change; that reﬂect current scientific knowledge about future climate change; and that illuminate and invite reﬂections on a climate-related challenge that individuals, communities, organizations, or societies face today (e.g., daily decisions and behaviors, policy-making and politics, moral responsibility to the future). And of course, we were looking for high-quality cli-fi writing and storytelling.''

They hoped for reflections – but I think they got more than that. I think they got simulations, storyworlds that readers can access and play with, to test their models of reality. This is the action all the books in this list enable and encourage.

An intense trilogy that accurately evokes the haunting feeling of living in the Anthropocene, without reverting to mindless horror. Human subjectivity is annihilated, but that might be considered a positive occurrence.
After reading the books, I had a serious desire for visiting the location that bled into them, St. Marks National Wildlife Refuge in Florida.
Finnish translations: Hävitys, Hallinta, Hyväksyntä
Simon Ings: Wolves (2014)

If Southern Reach evokes the Anthropocene, maybe Wolves simulates late capitalism. The narrative teeters between scenarios of rapidly developing Augmented Reality (eerily foregrounding the Pokémon Go craze of 2016) and the somber preparations for the oncoming Flood. Life happens in the tension between these two conditions.
Ings has been keenly interested in the technologies of vision and cognition for years, both in his early novels Hot Head and Hotwire as well as in his 2008 nonfiction book The Eye: A Natural History. This shows.
Emmi Itäranta: Memory of Water (2014)

A lyric cli-fi piece of far-future environmental speculation for a wide audience. The novel portrays a storyworld in which water is scarce and the regime totalitarian. Despite this setting, Memory of Water makes for an uplifting and translucent reading experience. This is due to Itäranta’s stylized descriptions of landscape, insects, objects, rituals and movements – the material feel of the prose is quite enjoyable, and something in it reminds me of Hayao Miyazaki films.
The Finnish version is titled Teemestarin kirja.
Paolo Bacigalupi: The Windup Girl (2009)

Paolo Bacigalupi’s near-future cli-fi here features grim storyworlds with underdog focalizers. The rich have access to fantastically advanced technology, the poor only have their wit, their skills, and their exhaustion. Bacigalupi’s debut novel The Windup Girl is set in famine-ridden Bangkok, with the Thais protecting the integrity of their country from transnational agribusiness companies and immigrant laborers. Representing all those who are exploited, the bioengineered girl Emiko strikes back at her oppressors.
I am currently writing a longer analysis of the manipulative narrative strategies of The Windup Girl, which makes me somewhat irritated at the novel. It is blatantly affective, graceless, and heavy with anticapitalist anger. And a very effective piece of writing.
Bacigalupi’s other novels – Ship Breaker (2010), The Drowned Cities (2012), and The Water Knife (2015) – also model climate change scenarios. Several of his short stories are accessible on his website.
Rudy Rucker: Postsingular (2007) + Hylozoic (2009)

Rudy Rucker’s fiction is an island apart – easy and entertaining to read, yet infathomably strange. This might be due to the combination of instantly recognizable sympathetic characters and radical sociotechnological invention. In Postsingular, the Singularity happens, and all matter is filled with life and intelligence. In Rucker’s universe, intelligence equals immense calculation capacity + creativity. Postsingular is the best evocation of the posthuman condition I have seen so far – mostly because it is modeled with such a great sense of humour. In its own psychedelic/vitalist way, the novel also develops a deep understanding of posthuman ecology. The novel does suffer slightly from a lack of editing – it is stitched together from several short stories, and the seams are not tidy – but this is easy to forgive because of its brilliance. The book is available under Creative Commons.
I have not yet read Hylozoic, but I have great faith in it.
You might want to hear Rucker’s TED talk on life and design in the year 3000, and read his Transrealist manifesto (pdf).
Michel Faber: Under the Skin (2005)

Even if you’ve seen the film (with Scarlett Johansson) do read the book. It is quite different. The novel Under the Skin manages to trick the reader into realizing their anthropocentric bias. It does so through ruthless, affect-laden manipulation. The experience is not pleasant. Be warned.

An exhilarating short satire on the adventures of the selfish gene during and after the end of civilization. Spoiler: the last human population evolves into a bunch of obliviously content seal-like creatures. The perfect weekend book for the self-respecting doomsday enthusiast.

An earnest attempt at modeling for an ecological utopian state. In California. The depiction of an ideologically divided North America is more relevant today than ever – and even some of the societal and technological reform ideas seem to on their second round right now. The most impressing thing about the novel, however, is its psychological insight: it explores the connections between environment and emotion in a philosophical style that left me quiet for weeks after finishing the book. The overall tone might be too romantic and/or didactic for the postmodern cynic, but for those of you who have grown tired of ennui and disaster, Ecotopia is a source of hope.
Anecdotally (from the foreword of the 4oth anniversary edition), Callenbach’s thought experiment began from the challenge of designing an environmentally sound sewage system.