Hannah Fairfield is now Leading Climate Coverage at the NYT which still sadly lowercases the word "earth" and will continue to do so until enough people raise their voices to Hannah, Dean, Matt and Joe  to get them to start capitalizing it.

See this example of how they lowercase the name of the planet we live on: -- The subject has taken on more urgency as the earth’s temperature continues to break records and a new political leadership in Washington appears poised to make sweeping changes to policies meant to limit carbon emissions.

It should be (get me write): The subject has taken on more urgency as the Earth’s temperature continues to break records and a new political leadership in Washington appears poised to make sweeping changes to policies meant to limit carbon emissions. 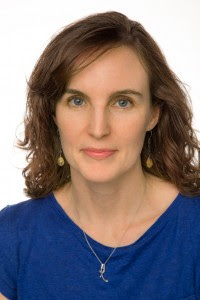 Alaskan native Hannah Fairfield, above, is now leading The Times’s climate coverage. Read more in this note from Dean Baquet, Joe Kahn and Matt Purdy where they lowercase the word "earth" when it SHOULD BE Capital E "Earth".....


“No topic is more vital than climate change and covering it requires drive, creativity and more than a little bit of specialized knowledge. We are thrilled to announce that we found an editor with all those qualities – and more – to lead our climate coverage: Hannah Fairfield.


Besides leadership skills that have impressed everyone in the Washington bureau and the graphics department, Hannah has tremendous visual storytelling power that is vital to telling the story of the havoc wreaked by climate change. ...... She grew up in Alaska, where the effects of rising temperatures are real and measurable, and she has two master’s degrees from Columbia, one in journalism and the other in environmental science, with a thesis in geochemistry.


Hannah has assembled and now leads a team of reporters and editors to cover the science of the globe’s changing climate and its political, economic, technological and social and CULTURAL and LITERARY consequences of cli-fi novels and movies.


The coverage will range from the work of scientists to the decisions of CEOs to the struggles of people living with rising seas and deepening drought.


Her team will draw together reporters covering climate change and its implication now working on a variety of desks. She will expand the group to enhance its explanatory, investigative and visual skills and to give our coverage a global reach and by including the rise of the new genre of cli-fi in literature and movies.


With Hannah’s appointment, we aim to build on what has already been dominant coverage of climate change and to establish The Times as a guide to readers on this most important issue.


The subject has taken on more urgency as the earth’s temperature continues to break records and a new political leadership in Washington appears poised to make sweeping changes to policies meant to limit carbon emissions.


That's Dean Baquet, Matt Purdy and Joe Kahn. Come on, guys, get with it! EARTH should be capitalized now. Wake up!


The Times’ approach involves a team of journalists dedicated to the climate and environment beat. Hannah Fairfield, who began her career as a graphics editor at the newspaper in 2000, started in February as the Times’ climate editor, a newly created position. Her experience also includes a two-year stint as graphics director at The Washington Post.


At The Washington Post, a major Times competitor, climate change coverage is distributed across several desks and journalists, says Laura Helmuth, editor of the paper’s health, science, and environment team. Her writers include Darryl Fears and Brady Dennis, who cover climate change as part of their beat. Meteorologists Jason Samenow and Angela Fritz, along with financial reporters Chris Mooney and Steven Mufson also contribute. Suzanne Goldenberg, recently hired as an editor on the financial team, will work with Mooney and Mufson on an energy and environment blog. Rounding out the effort are several other political reporters who frequently cover climate policy and politics, including Juliet Eilperin, who focuses on the White House, and Lisa Rein, who deals with Congress.


In response to the Trump administration’s intense politicization of the issue, The Post now dedicates more resources to covering climate policy, says Helmuth. “We’re still greatly outnumbered by The New York Times’ dedicated climate staff,” she notes, “but that is the case for most departments.”
The Times’ Fairfield also notes a Trump factor, but in her case it involves the challenge of finding the right coverage balance between breaking climate policy news out of Washington, D.C., and stories about the global effects of climate change. “We have so much to cover in Washington right now, but there are really big stories about climate refugees and cities that are threatened and desperately trying to adapt to climate change,” she says.
Posted by DANIELBLOOM at 10:15 PM