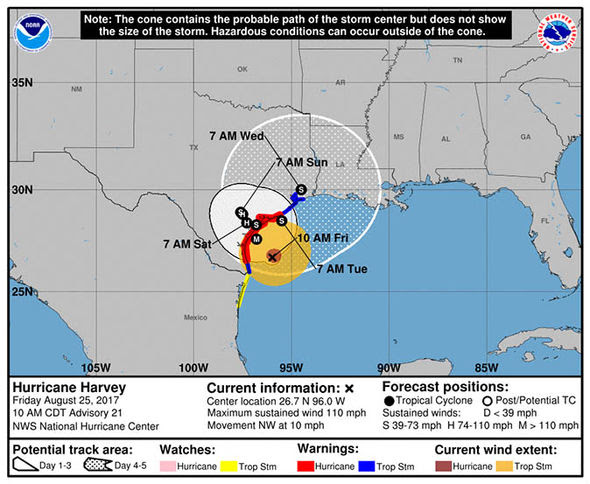 BLOG POST INTRO: When ‘Hurricane Harvey’ crashed into the Texas coast recently, the national media in the USA went into overdrive in trying to explain it all.


So I asked  a friend of mine, Edward Rubin, a law professor at Vanderbilt University and the author of a novel about climate change impacts in some distant future, for his take on ”Harvey.” He didn’t mince his words.


”Houston is under water at present.  The rainfall was ‘measured in feet’, not inches, and the damage is estimated in the billions.  Observers described the storm, which fell upon the epicenter of climate change denial, as ‘beyond anything experienced.’


”People who demand action to address the scientific fact of anthropogenic global warming have been instructing the deniers for many years that weather is different from climate.  When Senator James Inhofe of Oklahoma brought a snowball into the Senate chamber to prove that the world wasn’t getting warmer, it was recognized as actually proving that he is a moron, as well as a tool of the energy industry.  But after Katrina, Sandy, the South Carolina flood of 2015, and now Harvey, it is time to stop making this point and start making a different one.


”Yes, weather events like the present one are different from climate, and devastating hurricanes struck the American coastline long before the industrial era. But the frequency of these events is an indication that the climate is changing, and that same frequency will be one of the most serious consequences of this change. It seems possible that sea levels will rise three feet by the end of this century if we fail to bring global warming under control.  That may be sufficient to flood many of America’s coastal cities. But long before that occurs, lesser increases in sea levels, combined with the increased energy in the Earth’s atmosphere, will mean that storms ‘beyond anything experienced’ will be experienced on a regular basis.


”Houston, courtesy of American taxpayers whose lives the Texas climate change deniers are content to devastate, will recover from this storm, as New York did from Sandy, South Carolina did from its flood and New Orleans did – sort of — from Katrina.  The streets will be drained and reopened soon, the ruined buildings re-built within a decade.  But how often can we do this?  What happens when the next ]storm of the century] strikes ten years later, and the next one five years after that?  Long before it actually floods, Houston, together with Boston, New York, Washington, Miami, New Orleans, San Francisco, Seattle and other coastal cities will be subject to repeated devastation, ultimately coming before the damage from the previous disaster has been repaired.


”I suspect that one of the reasons why so many Americans are willing to ignore the overwhelming evidence of climate change is not that they truly disbelieve it, but because they think that its disastrous effects will occur in other nations.  We’re located in the temperate zone, not the tropics, after all, most of our buildings are air-conditioned, we produce more food than we need, and so what if Florida, Texas and Arizona stop growing so fast and population shifts back to the Northeast and the Midwest.  In fact, abandoning our coastal cities would be a disaster.  We can afford to literally bail out Houston, but moving five of our ten largest metropolitan areas and many other large cities will cost trillions.  At the very least, that alone will quadruple everyone’s tax bill, aside from the heat waves, droughts and tornadoes that will afflict the interior of the country.


But cost will not be the only problem.  Even if we are willing to turn back the tens of millions of climate refugees who will flock to our shores (presumably by killing them) where will our own tens of millions of internal refugees go?  In my cli-fi novel, The Heatstroke Line, I predict that population disruptions of this magnitude will destroy the unity of the nation and end our democratic system of government. We don’t have to wait until rising sea levels actually drown our coastal cities.  The repeated storms of the next few decades – weather, admittedly, but weather  whose frequency is caused by climate change – may be enough.”

Posted by DANIELBLOOM at 7:41 PM