by Dan Bloom
special to The Cli-Fi Report 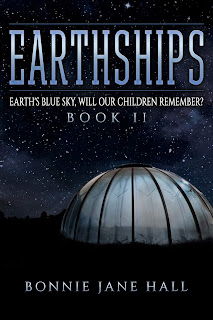 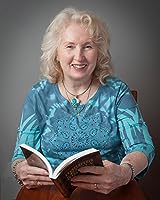 I started writing late in life and absolutely love writing. I started with a biographical novel about my life and the extraordinary life of my son Davin. The title of the book is ''Reaching The Shore: A Story of Survival, Courage and Endurance.'' It is such a powerful and emotional story that it took me over 5 years to complete.
Subjects which are of great interest to me are climate change, prison reform, kindness to animals, caring for each other and the planet, family and humane values and basing my fiction on scientific research.

''EarthShips: Growing Up In The Climate Shift'' Book 1 is be part of a 3-part series of novels (maybe more!) which I will probably be writing for the rest of my life.


AUSTIN- TEXAS -- Recently I spoke via email with Texas novelist Bonnie Jane Hall about a series of cli-fi novels she is writing in a trilogy called "Earthships." Each novel has its own subtitle, she explained. I asked her ten questions.
What will the third novel in your cli-fi series titled "Earthships" be about?

“For 11,700 years, the age called the Holocene, the average annual global temperature has not varied up or down by more than one degree Celsius, Bonnie said. "A drastic temperature change can take from one to three years in the new age of our planet, the Anthropocene. To succeed, agriculture needs not just warm seasons, but stable and predictable climate.”

That's a quote from Jan Zalasie.

''In my third book, which will be published next, the climate is so unstable that most food has to be grown in domes. Agriculture as humans have known it is flipped on its head. In 2040 AGI {Artificial General Intelligence} computers that understand what humans are and what they need to stay alive will take over agriculture.

AGI will design, fabricate and manage the massive domes containing the food which will help humans survive the climate.''

''America is in deep debt under a poorly designed socialistic system and has to make some changes in their non-profit health care program for human citizens and animals.''

''Laurel’s family grows with the addition of children and a couple of soldiers, friends of Sage, who move in to the city-farm. The demand for Earthships increases as the ocean floods more cities.''

Bonnie, you say that some 90 percent of the heat in the atmosphere is now in all the oceans, resulting in huge and powerful hurricanes, tornadoes and cyclones. We are fragile creatures living in a dangerous world where we must build our fortresses underground in the cool silent Earth. How did all the heat get into our oceans? Can you explain briefly?

''The oceans have always been like a sponge absorbing both heat, CO2 and other chemicals from the atmosphere. Then the oceans carry the heat into the bottom where it is very cold and over time brings it to the surface and releases it back into the atmosphere. This is a pattern that keeps the temperature stable on the planet, but CO2 is the more powerful thermostat now.''

Your first novel in the series appeared in 2017. What were some of the best reactions you heard from people who read the book?

“This is one of the best science-based fiction books I’ve ever read. The story in general is great and I literally couldn’t put it down.”

“Whether you believe in ‘climate change’ or ‘global warming’ or not, the book certainly presents an interesting story and to what lengths we must go as keepers of the planet to preserve it.”

“The story is believable. It is already like walking in the sun in Arizona. This was a very good read.”

Bonnie spent the last 20 years studying the works of climatologists and other scientists before writing ''Earthships.'' How did she go about doing this research and where?

''I have always been interested in science. I learned about climate change through scientists such as James Hansen, Bill McKibben and Neil deGrasse Tyson. I became fascinated with the subject of climate change and have continued reading everything I can in addition to listening to lectures by scientists on YouTube. I also read magazines such as National Geographic.''

You once said that “hurricanes like Harvey, Irma and Maria were
enhanced if not caused by climate change. And you quoted scientist Neil
deGrasse Tyson, “50 inches of rain in Houston! This is a shot across the
bow.” Do you expect more tragic hurricanes, floods and heatwaves in the USA in the summer of 2018?


''I cannot say for sure about this summer, but I do believe over the next few years we will see an increase in major weather-related disasters because the oceans are warmer, there is more moisture in the air, methane is being released and CO2 is increasing.''

You said that “we are experiencing more intense killer
hurricanes, cyclones, flooding, fires and earthquakes due to global
warming and that the Gulf Stream has been on fire with 33 percent above normal highs
after averages never above 73 degrees,” according to MIT’s Noam Chomsky. Have you sent copies of your books to Dr Chomsky yet?

''No, I haven’t because this book is meant for lay persons who want to learn more about the climate through the vehicle of story.''

You also have said: ”The hottest year on record was 2016. This heat
enhances the intensity of weather-related events and the worst is yet to
come and sooner than we can imagine.”
Do you expect 2018 and 2019 to be even hotter? Tell me more.

''I do because on average there has been a slight increase every year for the last several years. Also, as I said earlier, there are many conditions triggering the rising temperatures.''

Your first novel in the series, ''Earthships: Growing Up in the Climate Shift,'' began in 2030. In what year will the series end in the third novel?

''Book 3 will end in 2045. I haven’t decided yet if Book 3 will be the last in the 'Earthships' series. I may not be able to complete the story in three books. I am as surprised as the reader in what happens to my characters. I just set the scene and place the characters there and see how it unfolds. The story evolves as I am writing it.''

You say: “Readers will gain many practical ideas for taking positive
action and survival skills as they face more intense climate catastrophes.” For example? Some ideas?

Maya Agger reviewed the first novel and the second on Amazon. What did she write?

“Another must read! Book 2 is just as great as the first, if not better! It brings together the importance of love, life, family and the power of working together. This book is fun and engaging, full of excitement, adventure and well-researched information just like the last one. I couldn’t put it down.”

Last question. Are you an optimist or a pessimist when it comes to runaway global warming and the future of humankind? Is the glass half empty or half full in your opinion?

Bonnie ended our interview with this note: "Dan, I really appreciate our common interest: 'Cli-fi' and how important it is to inform people about the dangers we face.'
Posted by DANIELBLOOM at 7:55 PM