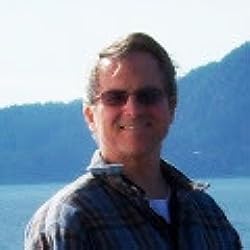 Hawk on Wire is a record of ecological disaster caused by global heating, and informed prophecy of what will happen unless humanity changes from fossil fuels to renewable energy in the next five years from 2017 to 2022. The book acknowledges widespread complicity of those in developed nations focusing only [on] the language of hunger, sex, territory and imagines How We Stopped Corporate Psychopaths From Cooking Planet Earth. These poems reach into the vulnerable area of the human psyche Franz Kafka wrote about: The dream reveals the reality, which conception lags behind. That is the horror of life - the terror of art. Starbuck blends history, climate science updates, personal activism, and poetic imagination to paint that reality currently affecting island nations, millions of current climate refugees, and vanishing ecological community we share in land, sea, and sky. The book includes a series of imagined ghosts speaking about climate change (Mark Twain, Socrates, Ed Abbey,  Galileo, Bukowski, T'ao Ch'ien, Rilke, Orwell, and Martha, the last passenger pigeon who died 1914 in Cincinnati Zoo:

The hum of steel rails was the song //foretelling my death and yours, / my captivity and your insincerity instead of / no trains, no tracks, no cages


Andrea Rosenblum wrote: The book’s cover art and concept is pure genius as it relates to the global warming slash climate change theme. The mythological depiction is entirely apt although there’s a shred of familiarity that’s haunting me. (Got it! “Icarus at Cape Canaveral” from Ralph Thompson’s the denting of a wave)
Apathy and a futile splinter of hope runs through the fleeting time (remaining) prophesied by this collection. Its prescient, existential economy of words is strikingly succinct and if a poet’s got to be grousing about something these days, I should nominate Scott Starbuck’s eco-gestalt of Hawk on Wire for the prize. Being the essential non-squint in a quandary that I am, scratching my hoary-old scalp a lot of the time through this gift of forecast; the Native-American speak of its oft times, Gary Snyder-like, lyrical narrative, mystified me by its myriad references to the nature of spirits. For me, science and spirituality are mutually exclusive.
Imagery is generally reflective and parallels are set against the bucolic, and the wilds of the Northwest evergreen, salmon running rainforest, memoir America. I had to stop counting my favorite poems and passages on account of the number I had winnowed out became, so overwhelmingly, a majority of the content.
Use of the prominent voices of persons-past, e.g., Twain, Galileo, Bukowski, were effective in that the dead were attuned to the contemporary plight of Planet Earth. So much philosophic-intellect goes into these characters and their hypothetical quotes. I’m surprised the famous specters had nothing to say for the trash orbiting the earth, the wreckage of our coral reefs, The Great Pacific Garbage Patch, etcetera. Hopefully those crucial issues will be addressed in Carbonfish, Starbuck’s upcoming collection.
Posted by DANIELBLOOM at 9:56 PM