Launched a competition for a collection of Homo Climaticum 15.12. 2017 Region | Climate change Photo: zelena-akcija.hr green action in co-operation with the Kulturtregerom (the Club Books) announces a competition for short stories and short poetry forms of the genre of the Cli-fi – climate of fiction, with the aim of spreading awareness of the global problem of climate change.  Base actions must be climate change or their impact, while the topic itself and the manner of processing is free. Any real or possible political, social, cultural and technological implications of climate change can be taken for your theme, but the concept needs to be grounded in contemporary science on climate change.  One author can send only one work which can be in the Croatian, Bosnian, Montenegrin or Serbian language, and the competition can apply only to authors from the territory of Croatia.  The competition is open until 14. January 2018. year, and the best stories will be published in a publication, Homo climaticum.    Source: zelena-akcija.hr Sandra Jovicevic 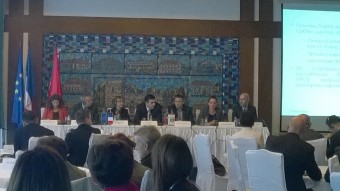