The Trouble With Difficult People [''緣木求魚''] 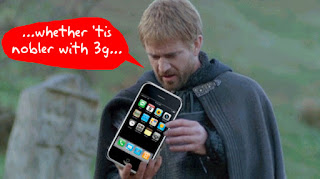 
The above Chinese-language idiom means in English ''climb a tree to catch a fish." or in other words "to send someone on a fool's errand."

I start this blog off this way today in 2018  ... because I need to talk about ''the trouble with difficult people''  ... about a person who lives and works in the Wast Coast of the USA.....but I know that asking them to apologize is a useless task, since as the commuications [copied below] indicate, doesn't apologize, ever, even when their wrong, and also, at the same time, they are too selfish and wrapped up in their little world to get a grasp of the situation and apologize, or at least to say they accepts my sincere apology (see below emails) so my asking them to apologize (or even to explain themself) is pointless and I will be just wasting my breath (and bandwidth). That person is that way. I don't expect  any miracles from them in this life.

In Chinese, the idiom ''緣木求魚'' [spoken as ''yuan mu qiu yu''] -- literally “to climb a tree to catch a fish” -- is used to refer to an activity that is ill-conceived, pointless or otherwise doomed to failure.

You see, a while back, ten years ago or so, I had not heard from this person in California for a long time, and I was worried, since we were working independently on some online activities. I sent her some emails, I sent her some tweets, and she didn't answer or respond to any of them, so I was concerned about her health or whatever the problem might be. So I sent this very worried and sincere email to her and one of her colleagues one more time:

''Subject: Is she in the hospital? Am worried about her. She has not contacted me in a friendly way in the last two months, as she used to do when we first met online a few years ago. Please advise. ''

Well, she got that email [somehow she opened the email this time and read it] and this time she replied for some reason I cannot understand replied in an explosive and angry way. You be the judge,

''I'm surprised to hear from you given your somewhat joking and attempt at humor tweets a few months ago that we gave you a "gag order." You made it pretty clear then that you had no interest in communicating with me anymore, and I didn't appreciate your humor.

''That said, no, I'm not purposefully ignoring you nor am I in the hospital, but my aunt is, and I have been caring for her for three months now. While that has been going on, I have been continually harassed and verbally violated by endless numbers of right wing trolls and nuts online that verge into death and rape threats because of my leftwing politics. They at times reach into the hundreds per day, and when that happens, I have no choice but to globally block my entire twitter feed to get them to stop. I then have to go back and painstakingly unblock the people whose comments I actually want to see. This takes hours. Hours of my precious time that I have to share with caring for my sick aunt.

''As for my work, I am is active and my work is still alive and I will post whenever there's room on the calendar. I've told you before, there's *never* a set date. I have no control over the date my work runs. Please don't ask me about the date for it again, either by email or certainly not in public on Twitter. My twitter feed is already a garbage fire of harassment.

''You may email me yourself, but I likely won't respond in a timely manner. My aunt needs me foremost and my time is dedicated to her.

Then after reading that her elderly and ill relative  was in the hospital and needed her to be there with her as much as possible, despite the long distance travel needed to visit her, I immediately sent her a sincere apology letter, and saying I was sorry for my attempt at online humor concerning the 'gag order" which was not really a ''gag'' ''order'' at all (but it was an email telling me one of her colleagues sent me to stop tweetiing about her very important work or else) and more importantly that I hoped her mother would get better soon."
And what was her response to my attempt to apologize sincerely, because I am a nice person, a very sincere person? She just exploded, explaining herself this way:

''I didn't reply to your apology letter to me, because I will never accept your apology and I don't have to, and I didn't even read the apology email so fuck you. Your apology means nothing to me, I could give a shit. Just get out of my life."
'- SIGNED XXXX.''
So that's the trouble with that difficult person.
And since that last time, that last email, 3 years ago, she has never once communicated with me again. Not to mention that she has prevented me since then from contacting her by email or by Twitter. She blocked me on twitter. How's that for a colleague I once helped get her start in the professio  and helped turn her into a star? She blocks me? How's that for gratitude? WTF?
And to think, we were once good friends, as the many friendly and engaging emails she once upon a time sent me earlier in our relationship and all which I still have in my email files, dating back to the first email from her three years ago.
Where did things go wrong?
Maybe it's situational depression or other? Maybe she's bipolar?
I don't know the answer.
I'm worried.