Facts matter, but cli-fi stories can persuade us to change our world


Facts matter, but stories can persuade us to change our world 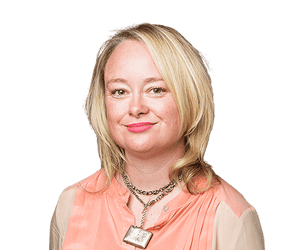 Brigid Delaney
Without the cooperation of our imaginations, we cannot tell stories about what is happening to our planet. This may be why we’ve been so slow to act

0
The most terrifying read of my year so far (amid stiff competition) goes to New York magazine’s piece this week on climate change.
It’s all there, all the gruesome ways our planet is going to die, sooner than we think, and that people who are children now will, in their lifetime, face the unbearable misery of rising temperatures. Crops destroyed, ancient diseases trapped in icebergs, farm workers whose kidneys will cook as they work the tundras of our warming world.

Missy Higgins: how an obsession with apocalyptic climate fiction changed my life

Missy Higgins
The singer reveals what Emily St John Mandel, James Bradley and Naomi Klein taught her about facing the future
Read more
Amid all this misery and destruction, the author laments one human failing after another. But the biggest human failing he notes is a failure of imagination. We haven’t been able to get our minds around catastrophic climate change. The crisis of complete extinction won’t stick or grip – it’s too big and awful and unwieldy. And yet also vaguely impersonal, as if it won’t really happen to us.
“When it comes to contemplating real-world warming dangers, we suffer from an incredible failure of imagination. So why can’t we see it?” asks the article’s author David Wallace-Wells.
We have been able to see it a bit. There is the rise of cli-fi and speculative fiction, which imagines a world following environmental catastrophe. And there are novels such as The Road, which vividly portray a world where resources are scarce.
Without the cooperation of our imaginations, we cannot tell stories about what is happening to our planet. This may go some way to explaining why we’ve been so slow to act.
At the heart of empathy is being able to imagine yourself in the shoes of another. Once that happens, something great occurs: their suffering becomes, in part, our suffering, and we’re either compelled to act or at least, feel troubled by the situation. Without empathy, someone else’s suffering is abstract – processed by our brains, without reaching the heart.
Why else does the Australian government go to such lengths to never show us pictures or hear the words of refugees in our detention centres? To humanise detainees is to risk triggering an empathetic response. And with an empathetic response there is the possibility of action and change.

Kick back on a Sunday with our weekly email full of literary delights
Read more
It is the stories of people we remember. It is the story of 23-year-old Iranian asylum seeker Reza Barati killed in detention on Manus Island or further back, the stories of Vivienne Alvarez and Cornelia Rau who were caught up in Australia’s dehumanising immigration detention system. These were people whose faces we got to know, whose unique, personal situation gave shape and a moral complexion to a mysterious and impersonal system. No wonder the government doesn’t like us to hear too many “stories” of refugees.

Advertisement
As a result, the incredible journeys that asylum seekers make – the stuff of heroism, risk, adventure, chance, heartbreak, bravery; the stuff of the best novels, the most incredible films – gets lost in the bland “news” we are told about boats, or ‘”turn-backs” or “interceptions”.
Every asylum seeker story is an epic but it’s only since reading an imagined journey in Mohsin Hamid’s 2017 novel Exit West that I was truly able to feel the full range of empathy for those making the journey. Novels take us into the minds of the characters and make us part of their suffering. We are them.
Books, films and TV can be remarkably effective as agents of political change. For example, it wasn’t until Tom Hanks played a man infected with HIV in Philadelphia that large parts of mainstream America began to show a more compassionate response to those infected.
Currently, reproductive rights are under threat in the USA, while the president is a playboy and his deputy a puritan. But the reality of misogynistic theocracy is, right now, only stretched to its full horror in fiction: Margaret Atwood’s The Handmaid’s Tale.
Now screening on SBS in Australia, and losing none of the book’s power, , the narrator (in the hands of a skilful novelist) puts the reader there: at the end of a cattle prod, locked in a room, stripped of choice, desperate.
Except for a handful of episodes, we are inside the narrator’s head (Offred) or seeing things very closely from her point of view. The camera often lingers uncomfortably long on her facial expressions – the flicker of a glance, a mouth twisted in terror, a flash of defiance. The regime becomes personalised, and we can’t help but connect.
Punishments where hands are removed and people are hanged in public squares before braying mobs still exist in various parts of the world. 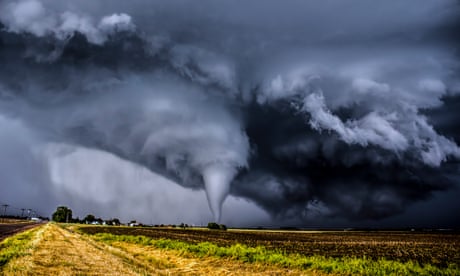 Amitav Ghosh: where is the fiction about climate change? It is here: cli-fi.net

The climate crisis casts a much smaller shadow on literary fiction than it does on the world. We are living through a crisis of culture – and of the imagination
Read more
And yet, still, for many of us it can be an abstract thing, happening somewhere else. Yet with The Handmaid’s Tale, there it is, in your lounge room or on your laptop. You see a hand removed in a shot that appears to go on forever. This is the skin being cut, that’s the bone being sawed. To be a viewer of The Handmaid’s Tale is to viscerally engage with the concept of the state commanding the removal of a perfectly healthy, working limb.

Advertisement
Sometimes literature takes on the role of politics. The best of it radicalises you in the way that pure information, unadorned and delivered nightly, doesn’t or won’t do. We connect with stories – pure information is not enough.
Of course, if all literature was written as a political treatise or as an activist text, it would be dead in the water, as inaminate as the paper it’s printed on. It’s the character that ignites the spark, that creates the empathy. Indian novelist Amitav Ghosh, quoted in the New York magazine piece says, “the dilemmas and dramas of climate change are simply incompatible with the kinds of stories we tell ourselves about ourselves, especially in novels, which tend to emphasize the journey of an individual conscience rather than the poisonous miasma of social fate.”
The best novelists will rise to the challenge of our age. They must. We need the consequences described to us through the lives of characters. Characters who are just like us – our fictional doppelgangers, who are here to warn us what lies in wait.
Posted by DANIELBLOOM at 7:09 PM