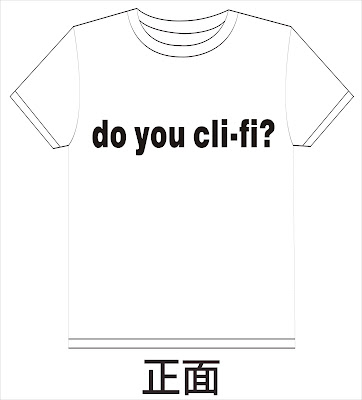 from the AI Office of Communications

The contest will be a global award program to honor creative works of cli-fi writing in 5 categories.

It is not uncommon that society and culture today can somehow find themselves mirrored by speculation in fiction from years past. Famously, in ''New York 2140,'' the famed science-fiction writer and PhD holder Kim Stanley Robinson, the future comes alive in a comic, utopian cli-fi novel that had a wide readership worldwide.


The idea that everyday life can somehow follow speculation in fiction from years past, and about the near future of climate change, is not new, but new parallels appear to be drawn each day between today’s reality and the world that writers only wrote about in recent times.
In an effort to understand, promote, and honor the convergence of literature, science, and real life, the Anthrocene Institute said it will honor 5 cli-fi novelists worldwide annually. It will be a global award program to honor creative works of cli-fi.
The awards will focus on near-future creative writing that features themes relevant to climate change as decade by decadae the world warms and glaciers melt, glacially -- drip drip drip.


“The arts have always had strong creative connections to the sciences, including climate science. These awards recognize the role of artists as gadflies for the good, provocateurs and satirists when the sciences overreach, and as far-seeing prophets of scientific potential, for good or bad,” the AI announced.


The inaugural awards will be announced in spring of 2025  in 5 categories honoring novels, movie screenplays, stage plays, poetry and short stories.
“Many of us have read, and continue to read, many of the books in this new genre, but there also seems to be a huge uptick in people writing cli-fi today. This award program is meant to recognize artists that inspire us to think deeply and carefully about the future of climate change as it impacts humans and nonhumans in the coming decades.   We wil honor the best of this kind of work that is both thoughtful and thought-provoking,” the AI said.
Each of the 5 awards comes with a $5,000 honorarium. The winning novelists will receive their awards during a panel event to discuss the genre and their work.