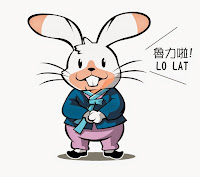 
Bill McKibben's comic cli-fi caper #RADIOFREEVERMONT is dedicated to "Spunky Knowsalot"  according to usually reliable sources in the publishing industry, the person referred to is Sue Halpern, Bill McKibben's wife. How do we know?  See: https://cli-fi-books.blogspot.tw/2017/11/bill-mckibbens-comic-cli-fi-caper-novel.html


Who is ''Spunky Knowsalot''? Inquiring minds want to know.


My guess? see Bill McKibben's comic cli-fi caper #RADIOFREEVERMONT is dedicated to "Spunky Knowsalot"  according to usually reliable sources in the publishing industry, the person referred to is Sue Halpern, Bill McKibben's wife. How do we know?  See: https://cli-fi-books.blogspot.tw/2017/11/bill-mckibbens-comic-cli-fi-caper-novel.html


BUT......as the book reviews start coming in, and they are all good, even more than good, and it looks like the book is headed to a NYT bestseller in the hardback list, and a year later as a paperback and on that list, and maybe even an ANG LEE, the Hollywood director of TAKING WOODSTOCK, a book by Elliot Tiber, it looks like ANG LEE might very well be taking an option on the novel because Lee loves American stories like this, and he loves Motown music and soundtracks, and this book would be a perfect ANG LEE vehicle, if and when the takes a film option. Of course, someone else might have already taken the book's film rights. Bill McKibben is NOT chopped liver! He's one of the best at this!


Meanwhile, since this blogger is not a book reviewer or a literary critic, but more of a literary detective, who enjoys looking into the arcane details of book publishing and who's who and how things work, I was most fascinated immediately upon opening the novel to the Dedication Page to read "For Spunky Knowsalot."


Now knowing that Bill has a mischievous and warm sense of humour, it seems that the DEDICATEE Spunky Knowsalot MUST HAVE SOME STRONG CONNECTION to the novel itself, either the story itself, or Vermont's history or some other side of Bill McKibben that we have not heard or seen before. So who could this Spunk person be? If it's a person.


It could be the family dog or the family cat. Or a local famous rabbit. It could be a neighbor's horse or a famous Vermont birder. It could the nickname of one of Bill's Harvard pals, or it could be some kind of literary shorthand for something important in the novel. Like a code word or a coded word.


I have no idea. Nobody knows, in fact. Well, Bill knows and maybe his publisher Mr Rosenthal knows, and maybe the Blue Rider Press PR and marketing team know, and maybe even Bill Moyers and Ron Charles know, but so far, mum's the word. Spunky Knowsalot knows alot but they are not saying who they are.


Someday, perhaps in some distant future before the Climapocalypse begins, say in 30 more generations of man (and woman) the actual true identity of Spunky Knowsalot will come out.


But until then, good luck trying to find out. I like a good mystery, especially a literary/publishing mystery, and this one's a dandy, and a hoot.


Spunky? Are you listening? Why don't you come out and play? We are waiting.....
Posted by DANIELBLOOM at 9:05 PM