I'm over the moon on this one!


If you are into dystopian cli-fi for young adults (YA), here's a very good debut novel that will be part of series. My partner liked it, so there’s that. And only her, I did, too! For more on cli-fi, YA and adults, see ''The Cli-Fi'' Report online. I'm over the moon on this one!


A YA novel titled MOON by Michelle Harrington, details at Amazon.com 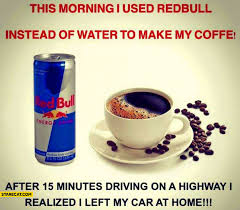 Last week I hosted award-winning fiction author and former magazine editor and manager, Cat Sparks into my vitual café. She had so much to discuss about climate change fiction that I decided to split the coffee chat into two parts.

Here is a link to PART ONE.

DL: I can't help thinking that reports on climate change are something world leaders are treating as indifferently as an annual health check up. Like they can't see the damage so why change their habits now, or they're waiting until they have a heart attack to do something about it. I'd also like to think that maybe it'd take a major disaster to wake them up, but major disasters are already happening. Do you think climate change fiction will play a role in inciting today's generation into demanding that our leaders do something? And what do you think is the biggest threat for the world right now?

CAT: There have been notable incidences where fiction impacted strongly enough on readers in the past, enough to change views about the world and initiate a call to action. Two examples: Rachel Carson’s Silent Spring (1962) is generally credited with kick starting the modern environmental movement. It’s a non-fiction book that utilises the device of an embedded science fiction story, “A Fable for Tomorrow.” 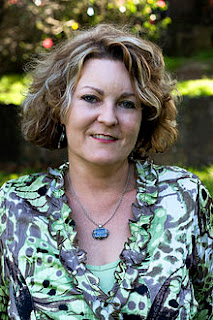 Neville Shute’s best-seller On the Beach is said to have influenced Kennedy and definitely inspired many to anti-nuclear protest, both the book and film versions. Dr Helen Caldicott, then a 19-year-old medical student, credits the film as the catalyst which radicalised her into a lifetime of anti-nuclear activism.

The biggest threat to the world right now is complacency, particularly in the West, where so many of us lead soft, comfortable high-consumption lives. Most of us alive today are too young to have struggled through war rationing and the Great Depression& we’re used to thinking we deserve anything we can pay for. We trust in capitalism as some kind of protecting entity. We work and we buy stuff – that is how it has always been. Except that it hasn’t. History abounds with examples of societies who didn’t face up to the need for change, with dire consequences. Unfortunately, I don’t believe much of our society is going to change until cataclysmic events start affecting large numbers of middle class white people.

Complexity theory suggests that when societies develop beyond a certain point, collapse is inevitable. I don’t know if this is true, but I do know that parts of the world are going to become uninhabitable much sooner than we think. That hundreds of millions of people will be forced to move and globally we do not have a good track record of dealing with masses of displaced people.

Prof Brian Cox has expressed the opinion “if we can get through the next couple of decades and we begin to move off the planet, I think that then secures our future.” That’s quite a challenge. What will happen to us if we don’t?

As Bill McKibben says, “We’re under attack from climate change—and our only hope is to mobilize like we did in WWII.”

I completely agree with that. Plus, the old Cold War nuclear threat is back on the table. There are at least 15,000 nukes out there – and at least two world leaders who might actually be crazy enough to use them. And then there’s all those other threats: weaponised pathogens, unregulated synthetic biology, artificial intelligence, autonomous combat weaponry, computer hacking, terrorism, species extinctions, antibiotic resistance, religious fundamentalism and the widening gap between rich and poor. We have never had a wider and more varied array of methods by which we could sterilise this planet.

DL: For anyone interested in writing ''cli-fi'' or including climate change in their world building, I thought I'd ask these next few questions. What is the biggest myth or lie on climate change being pushed at the moment? Who is pushing the lie? And what would these people gain by continuing this lie?

CAT: We could eventually find ourselves in the situation where pretty much all realistic fiction is climate fiction by default. As Margaret Atwood says, it’s not climate change, it’s everything change.

The biggest lie is that Climate Change is not an existential threat. That it isn’t such a big deal, that it’s something likely to affect other people somewhere else. That the rich will be able to bunker down and somehow manage to continue business as usual. That we are not risking everything we have.

That continued dependence on fossil fuels will not have devastating consequences. People who make big money out of fossil fuel dependence are the ones holding back the sustainability revolution. The necessary technology to transition to renewables already exists and is being improved upon all the time – and there’s loads of money to be made in it. But the disruption to traditional financial infrastructures and power bases will be immense.

My view? When all the life known to exist in the entire universe is concentrated on one small blue planet, we are obliged to take that situation very seriously and behave accordingly.

It seems idiotic to have to point this out, but the last humans left standing should this planet has been reduced to a smoking ruin, will not be classifiable as “winners,” no matter what treasures they’ve manage to stuff into their underground bunkers.

DL:  And lastly, are you a biscuit or cake kind of person? And what is your favourite biscuit/cake?

CAT: I like biscuits AND cake! In fact, the only cake I don't like is pavlova. My favourite cake would be a toss-up between lemon tart and Portugese tart. Never met a biscuit I didn’t like.

DL: Thank so much to Cat for sharing information about climate change and how it translates into fiction. Cat Sparks is a multi-award-winning Australian author, editor, and artist, whose former employment includes media monitor, political and archaeological photographer, graphic designer, Fiction Editor for Cosmos Magazine, and Manager of Agog! Press. A 2012 Australian Council grant sent her to Florida to participate in Margaret Attwood's The time Machine Doorway workshop. she's currently finishing a PhD in climate change fiction. Her short story collection "The Bride Price" was published in 2013. her debut novel "Lotus Blue" was published by Talos Press, an imprint of Skyhorse Publishing, in 2017.

Posted by DANIELBLOOM at 9:15 PM