Global warnings: Cli-Fi novels and movies can help us confront the vast threat of climate change 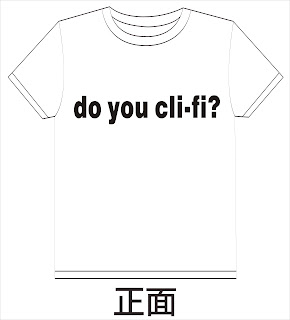 Oped by staff writers and agencies

Within literary circles, there is some debate and anxiety about whether writers – and novelists in particular – are writing enough about climate change and global warming. Novelists worldwide now are in the midst of an unprecedented flourishing of cli-fi fiction. Just see The Cli-Fi Report for links and reviews.

Yes, read Margaret Atwood (the MaddAddam trilogy), Barbara Kingsolver (Flight Behaviour), Ben Lerner (10:04) and Omar El Akkad (American War). For every character facing an ecological anomaly, as Dellarobia does in Flight Behaviour, stumbling across “twisters” of monarch butterflies near her home, or imagining, as Ben in 10:04 does, an “underwater” future, there are more novels and characters being created right now as we speak. Cli-fi is in the air, worldwide.

The depiction of climate change in fiction is something more complicated than the representation of changes in our climate and ecology, or of particular cataclysmic events. Any list of “climate change novels” becomes substantially longer. We may recoil from this definition as far too broad, but the causes of climate change are legion, and its potential impact on our lives could be read as a lurking, unnamed threat in many contemporary novels.

Moreover, as writers such as Naomi Klein have so persuasively argued, climate change is inextricably bound up with the inequalities of the global economic system; it is not a separate issue to be confined to scientific debate, but is linked with every single aspect of our lives.

The “Doomsday Clock” – created in 1947 to depict the likelihood of global catastrophe – was recently set to 11:57 p.m

Under these conditions, the collective imagination has turned, in an even greater degree, to the apocalyptic and dystopian, to the “suicidal strain in history”, as Rebecca West put it. We want to know about how we destroy ourselves. And these scenarios offer us not only a glimpse of a possible future which we dread, but some sense of the daily reality of those whose homes and lives are currently under immediate threat from the effects of climate change.

They can be a warning of what is to come, but they can also pose crucial questions: how would we react in these scenarios – and what does that reaction tell us about ourselves?

When the worst happens, what is left? How does life go on?

When writing her novel, The End We Start From, British novelist Megan Hunter  found partial answers in unexpected places in her storytelling arc; in the daily minutiae of the narrator caring for her child, for example, when most of the societal accoutrements of “parenting” have been removed, and in the gradual emergence of a person from the soft, sleepy body of a new-born, despite the disaster that surrounds him.

However global an event, its effects are personal.  As well as storms and swelling lakes, astronauts have seen a whole continent blaze up from space as its residents move into their evenings and switch on their lights.

The novel, at its best, enables us to see ourselves anew – not only at the global, political level, but also in our most intimate, everyday experiences. As Sylvia Plath once pointed out, it is in the novel that people brush their teeth.

Cli-fi novels and movies cannot function as public service announcements, to instruct people to turn off the tap as they do so, but it can show us what it has meant to have running water, and what it would be to live without it.

In fiction – as well as in life – this is perhaps where we need to locate climate change to a greater degree. Not only in the global, distant overview, but in the tiny grandeur of our lives back on Earth.


Its assumptions are so deeply ingrained that we don’t even know they’re there.

or a space-faring urban hypercivilization.

It seems to be really hard for people to think out of this particular box; the default future of the 1960s was exactly what Gene Rodenberry wanted to challenge when he crafted Star Trek’s future as post-scarcity, post-racist and post-war.

At the time, many people were shocked and even outraged at his vision.

Cli-Fi novelists and movie directors of cli-fi movies need to think outside the default zone box, too.
Posted by DANIELBLOOM at 10:27 PM